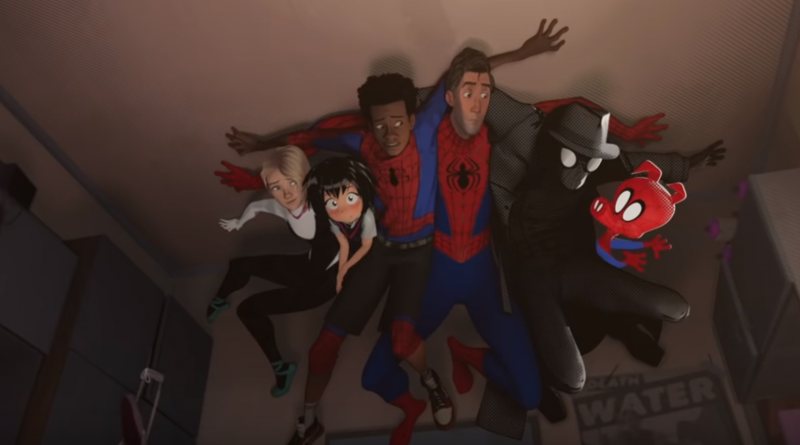 Spider-Man: Into the Spider-Verse is a much-awaited animated film based on the Marvel Comics character Miles Morales aka Spider-Man scheduled for release on 14th of December, 2018.

The film is set in the “Spider-Verse” where the young Morales juggles his high school life and his secret life as a superhero, and then introduced to the multiverse where he learns that there are more than just one Spider-Man.

The breakout star of Netflix’s hip hop drama The Get Down, shared during the New York Comic Con preview of the animated film that he is a fan of the comic book series. And reading through Morales’ adventures, he was determined to play the role someday. He told the audience:

Aside from Moore, we are introduced to four other Spider-Man versions: Spider-Gwen / Gwen Stacy. Spider-Man Noir, Spider-Ham, Penny Parker / SP//dr, and of course, the Spider-Man we all know, Peter Parker. 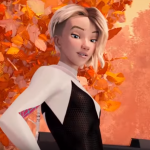 Gwen Stacy is voiced by singer, actress Hailee Steinfeld. Steifeld made her breakthrough performance as Mattie Ross in True Grit wherein she was nominated for her supporting role and won numerous awards. She also appeared in the last two Pitch Perfect movies as Emily Junk and in Ender’s Game. This is her second credited voice over role, her first being the English dub for Anna Sasaki in the Japanese anime drama film, When Marnie Was There. 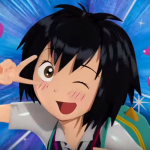 Kimiko Glenn voices the anime Penny Parker with a giant mech named SP//dr. Best known for her role as Brook Soso in the series Orange is the New Black, Glenn has done several voice over roles in television series such as BoJack Horseman, We Bare Bears, Sofia the First, Duck Tales, and of course, in Voltron: Legendary Defender as General Ezor. 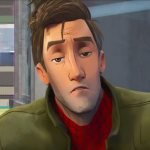 Actor and comedian, Jake Johnson, known for his role as Nick Miller in the comedy series New Girl, will be the voice of Peter Parker. Johnson has several voice over credits under his belt including a cameo role for another superhero – Barry Allen/The Flash in The Lego Movie. He was also Grouchy Smurf in the 2017 movie Smurfs: The Lost Village. He has also done voice roles for some series like We Bare Bears, Comrade Detective, and as the lead in the upcoming Netflix animated web series, Hoops. 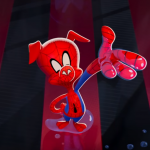 Stand-up comedian and writer John Mulaney is the voice of Spider-Ham, the cheery, self-aware talking pig. Mulaney is best known for his work as a writer on Saturday Night Live, and recently won Primetime Emmy Award for Outstanding Writing for a Variety Special for his comedy special, Kid Gorgeous. A newbie in the voice over world, Mulaney is turning out to be an early fan favorite after the trailer was dropped. 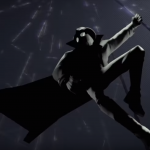 Oscar-winning actor Nicolas Cage lends his voice to Spider-Man Noir. His characer is a darker take on the Marvel hero who comes from the Great Depression around the 1930s. Cage based his character on the films of Humphrey Bogart, wanting the character to sound similar to actors from that era. This is the second major animated superhero role for the actor. Cage is also voicing Superman in the Teen Titans GO! to the Movies.

Reviews of the performance of the Moore had been excellent so far. The movie is even said to be genuinely the best Spider-Man film you would see, so definitely something to look forward to this December.

Phil Lord wrote the project and is producing alongside his Lego Movie and Han Solo movie co-director, Chris Miller.

The Little Prince writer Bob Persichetti is set to co-direct alongside Peter Ramsey (Rise of the Guardians) and Rodney Rothman.