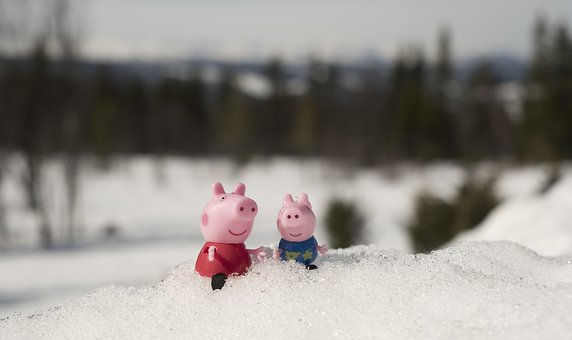 Though Fox’s Family Guy recently put an end to Peppa Pig in one of their episodes, the Peppa Pig family has big news for us:  Harley Bird steps down as the voice actress of Peppa Pig.

Harley Bird has been the voice of the lovable pig character for 18 long years. “The people that work on Peppa Pig have become like a family to me and they’ve given me some unforgettable memories,” Bird said. She has been voicing the popular swine since she was five years old. Harley, now 18, appeared in a total of 185 episodes.

Who will be the next voice of Peppa Pig?

“We’re delighted to welcome Amelie to the Peppa Pig voice cast and confident that she will continue the strong legacy of the previous Peppa voice actors,” said Peppa Pig co-creators Neville Astley and Mark Baker.

Amelie Bea Smith will  appear in her first Peppa Pig episode this month. She has appeared in several episodes of EastEnders in 2018 and 2019. Peppa Pig’s new voice will be featured for viewers in UK, US, and Australia, along with other countries that air the show in English.

Smith’s agent, Mark Jermin said that Amelie has been a huge fan of the show since she was little, so voicing the title role is like a dream come true and that the little voice actress is thrilled to become part of the show’s voice cast.

Who were the voice actresses of Peppa Pig before Amelie Bea Smith?

Nine-year-old Amelie Bea Smith will take over from February 14. Smith will be the fourth voice actress to play as the cartoon character. Lily Snowden-Fine was the first one to voice Peppa. Like Bird, Lily joined the cast when she was just five years old.

She then passed the microphone to Cecily Bloom for the second series. Bird became the character’s voice actress in seasons 3, 4, 5.

Co-creators of the show said that Lily Snowden-Fine defined the character when she voiced the character at age five during its first season. Smith has big shoes to fill since she will be succeeding the longest-standing Peppa voice actress.

“As our longest-standing Peppa, Harley’s award-winning contribution to the show over the past 13 years has been tremendous, making her a key part of the success of Peppa Pig,” said the co-creators.

Bird became the youngest British Academy Film Award winner ever when she won the Performer award at the 2011 British Academy Children’s Awards for her voice-artist work as Peppa Pig.

What’s next for Harley Bird after Peppa Pig?

“Becoming the voice of Peppa at the age of five was the start of an incredible journey, and I’ll never forget my time on the show,” said Bird as she teased people about the next chapter in her life.

Bird seems to have a promising career after being the voice of the famous pig. As aforementioned, she has already become the youngest winner of a BAFTA for her role as Peppa. Harley and has already starred in Doctor Who and a Disney Channel web-series.

Who are the voice actors in Peppa Pig?

The Peppa Pig cast involves a variation of animals besides pigs. Just like Peppa, some of its characters have changed their voice actors for the past years. Here is the list of the voice actors behind the series’ main characters.

George Pig is Peppa’s younger brother. He is voiced by Oliver and Alice May in series 1-5, Alice May and Vincent van Hulzen in series 6.

Mummy Pig is the volunteer firefighter mom of Peppa and George. She is voiced by Morwenna Banks.

Daddy Pig who is voiced by Richard Ridings, is George and Peppa’s father. Unlike Mummy Pig, his parents were not shown in the series.

Grandpa Pig is Mummy Pig’s father (who is a gnome hater by the way)  was voiced by Brian Blessed in early series and now David Graham.

Suzy Sheep has an imaginary friend Leo Lion besides her best friend Peppa. She was voiced by Meg Hall in the UK version from series 1–4, Ava Lovell from series 5 up to now.

Candy Cat belongs to Peppa’s circle of friends. She was voiced by Daisy Rudd in series 1, Emma Weston in series 2, Zara Siddiqi in series 3–4, Madison Turner in series 5.

John Sparkes has a knack for switching roles aside from being the show’s narrator, Sparkes is also the voice behind other characters in the show such as Mr. Rabbit, Mr. Pony, Mr. Potato, Mr. Fox, and Mr. Mole.

Its pilot episode was aired on May 31, 2004, and now, the show is on its sixth season. Peppa Pig is shown in 180 territories, including UK, US, and Australia.