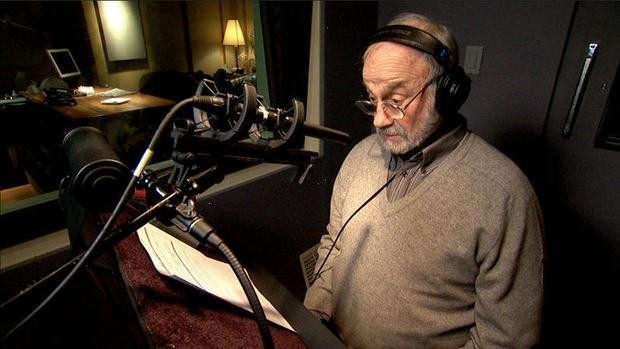 Movie trailers, those ominous and booming advertisements – laced with unrealistically powerful (almost comically so) music and score – have never been more important. With the proliferation of new media that can be accessed on tablets and smartphones, movie trailers sometimes offer sophisticated sequences not even seen in the movie in order to build more hype. So the passing of Don “thunder­throat” Lafontaine as well as Don’s east coast movie trailer voiceover alternate, Hal Douglas, has sort of left the movie trailer industry dangling and searching for ways to fill this powerful void. Not to dismiss the greatness of these two men, both of whom did wonders for voiceover and neatly encapsulated the previous zeitgeist of the movie industry, but the fact that Hollywood is relying less and less on traditional movie trailer voiceover might have something to do with them being kind of stale, cheesy, and parodies of themselves.

Take Lake Bell’s “In A World”, for example. The film is more or less a comedic look at the seemingly ridiculous (and cutthroat) world of movie trailer voiceovers. Lake, playing a vocal coach in the film, taunts her selfish and egocentric father about how easy and silly it is to make your voice all gravely and spit out “In a world” [insert a difficult scenario]. Although the film attempts to lambaste the monopoly men (particularly old and hairy) have on movie trailer voiceovers, it also shows just how silly and cliché the “in a world” movie trailer voicoever has become. Hal Douglas himself parodied how cheesy the traditional movie trailer voiceover is in modern times when he hilariously did the trailer to Jerry Seinfeld’s Comedian documentary, which was the only thing worth remembering about that film.

According to a review of more than 200 blockbuster trailers over the past 20 years by The Globe and Mail, movie trailer voiceovers have seen a massive decline.

In fact, none of this year’s most anticipated films, such as Bryan Carnston in the Godzilla remake to The Amazing Spiderman 2, used voiceover in their debut trailers. Disney’s Frozen was the only top box office film to use it.

“We’re only at the beginning of this new trend of not having the narrator,” says Ryan Parsons, co­owner of the movie preview website Trailer Addict. “Studios are getting more creative and the narrator is going to be gone for a while.”  (GlobeandMail.com)

But this may also have to do with the audiences being readily aware of films stories by virtue of omnipresent forms of data access (nothing is a spoiler alert anymore!), or the films already having built­in fan bases. Moreover, today’s most lucrative films, like anything Marvel does, already have a devoted followings. Therefore, the audience is already very knowledgeable, and any narration of the details just serves as a distraction. Combine this with millions being spent on marketing that seeks to saturate every new form of media, and the movie trailer voiceover looks like Gordon Geiko’s cellphone. Okay, so maybe movie trailer voiceover is not that obsolete and, in fact, is actually quite useful when it comes to independent films. Borrowing from Frank Zappa, movie trailer voiceover isn’t dead, it just smells funny.