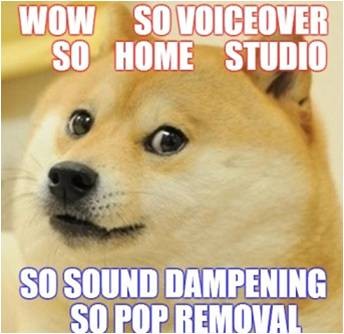 There’s really never been a better time to be a Voice Artist.  Except for celebrities taking all the best work and washed-up C-list celebrities perpetually appearing in Pixar films (we’re talking about you, John Ratzenberger), it’s a wonderful time to be in front of the mic if you’ve got the vocal skills. In the past decade or so, the ever-shifting landscape of technology and the internet has enabled thousands of established and aspiring voice artists to hones their craft and audition from the comfort of their own home. Even if technology has broken down many barriers to doing voiceover professionally, it’s still a very costly and time-consuming profession. Between training and demo production costs, one can spend upwards of $5,000 just to learn the craft and get their foot in the door. Now supposing you actually do live in NYC or surrounding boroughs (and this includes Jersey too), every voiceover job used to require the talent to schlep around or into town in order to audition and record. This meant that talent, already living on a meager income after doling out big bucks for training and demos, would have to spend their dollars on gas, train, cab, and subway fare in order to just audition. While they’re still many big ticket jobs that require in-studio auditions and recordings, it’s no longer the norm. That means extra savings for you. Huzzah! As previously stated, getting started in voiceover can be a very expensive endeavor. But the good news is soon you’ll be booking so much amazing work that you’ll laugh like an evil billionaire when reflecting on the initial investment. Better still, you can deduct a significant amount of expenses that relate to your career, particularly a home studio. Creative is a term best associated with character voices and not so much taxes, so it’s probably best that you consult with a tax consultant after your first year of making money in voiceover.  But to give you some clarity, here’s a list of things you can deduct:

Your Location Does Not Matter In the dark and depressing days of dial-up internet, your home location would’ve matter much more than it does now if you wanted to pursue voiceover.  But thanks to the inter-webs and widespread availability of affordable technology ,  it’s now possible to record from home and get them to the client in 4-6 hours. And it’s not just small time, non-broadcast jobs either. In fact, the majority of big name clients all use voieover casting sites that allow voice talent to audition  and record form home. But since all the major agents and managers are located in NYC and LA, it’s till best to be either in or around those cities. However, it’s no longer mandatory.

Get To Hang Out With Your Furry Pal Perhaps the coolest and most important part of doing voiceovers from home is not having to leave your very co-dependent furry pal. So long as he/she doesn’t decide to help you with your plosives, they can always quickly visit you when you’re not recording. When it comes to peoples personal technology, they only truly feel free and conformable when it’s yours. For example, someone asks you to snap a photo of them with their Iphone. You have an Iphone too but suddenly freeze up and feel like your holding a priceless Russian Faberge egg. The same goes for Voiceover mics and equipment. You know your mic and you’re completely comfortable with it. Better yet, you know your the only who ever uses it, outside of  maybe your dog when you’re not home.  And with top notch mics becoming more affordable, you can purchase the same equipment that major studios use.