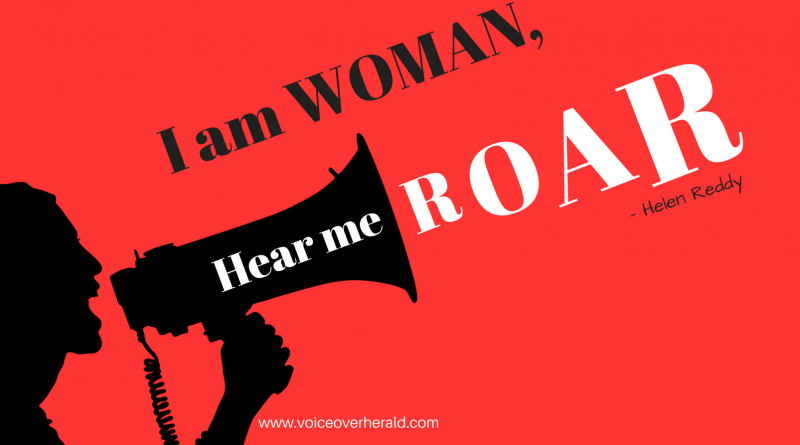 Borrowing from Australian actress, singer and activist Helen Reddy’s I Am Woman song…

I am woman, hear me roar

In numbers too big to ignore…

But look how much I gained

If I have to, I can do anything

These speaks a lot of the women’s place in our society… too long have we’ve been ignored, put on the back burner, sidelined, but a woman’s voice and strength can no longer be silenced – too loud, too big to be ignored.

Just take the Woman’s March alone last 17th of January, what started as a Facebook event posted to friends by Teresa Shook last November 2016, turned into a movement in just over 2 months. Over 3.3 million participated in over 500 marches across the US, with an estimated 500,000 to 1 million marched in Washington, and hundreds and thousands more in sister marches all over the globe.

Yes, this is how influential and powerful a woman’s voice can be… an event can turn into a movement, one woman’s call can gather millions.

Celebrating International Women’s Day, let’s try to shed light on what plights the female voice over talents the most, and offer up a case that hopefully can help push more opportunities towards the women in our industry.

To give a short background… about 40 years ago, male voice over talents outnumber female talents 4 to 1, with only 10% of commercial voice over work represented by women. By mid-90’s, as we see more lead roles in both television and in the movies held by female characters, and in the real world, we see more women gaining executive roles in both business and politics, representation of women in commercial voice over doubled from 10% to 20%. By second half of 2016, we saw the numbers double again, but primarily because of the campaign and elections. At this rate, for female voice over talents to be in equal footing with male talents, we have to wait for another 10 years – too long!

When we say equal footing, this does not necessary mean closing the wage gap between male and female voice over actors. The voice over industry is fortunate that it does not suffer wage disparities like their on-screen counterparts (we’ve all heard how Jennifer Lawrence was only offered 5% of the proceeds compared 9% to the male actors for their movie American Hustlers).  Most of the time, voice over rates does not discriminate if you are a female voice over talent, or a male talent. If the offer is to pay $1000.00 for a project, the offer remains the same whatever gender the client or agency decides to go with. The real issue is, more often, the decision goes in favour of the male voice over actor.

What plights the women voice over talents is not the pay gap, but the opportunity gap.

But let’s not dwell on why men are getting more opportunities compared to women, as they can argue that stylistically men can be more versatile; then we argue back that women too have a wide range but not just in tone and style, but also in depth and emotions… instead, let us focus on why advertisers, clients, and agencies need to divert their attention and marketing to women. Changing their target audience from commonly men to equally women, may mean more opportunities for female voice over talents.

Here are five reasons why…

Yes, the voice of women is louder, stronger and far reaching than it was ever before. And while women and their causes finally take the centre stage, maybe it is also high time for the female voice over community to shine through!

I am a FEMALE VOICE OVER, it’s time to hear me ROAR!

How can we bridge the opportunity gap between male and female talents? What can you (as a talent, agent, producer, client, casting director, advertiser, etc.) do to influence the change?