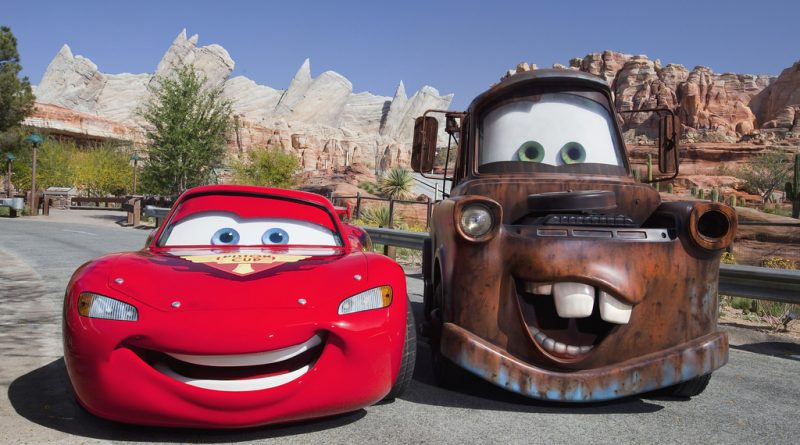 We are willing to bet that when the Cars 3 trailer was first shown in movie theatres, the rumblings of the engine made the audience “ohhhh” and the first look of the shiny new Lightning McQueen made them go “ahhhh” – the excitement if definitely palpable.

The showing of the third installment of now iconic red racing car, to say the least, is highly anticipated as the franchise reintroduces itself with great CG, well-loved characters and exciting new additions.

“We’re introducing some fun and really appealing characters in Cars 3, so we really wanted to find the right voices to help us breathe life into them,” director Brian Fee said during the character reveal. “We hit a homerun with this group; I couldn’t be happier.”

Kerry Washington plays the role of Natalie Certain. Certain is a respected statistical analyst, highly-skilled in evaluating a racer’s stats. Described as book-smart and mathematically gifted, she though may underestimate other factors to winning when it doesn’t come in numbers.

This is Washington’s first time lending her voice in an animated feature film but has graced other larger than life movies like Fantastic Four and Fantastic Four: Rise of the Silver Surfer. Washington of course is the famed Olivia Pope of the hit series Scandal.

Nathan Fillion is a veteran of sorts when it comes to voice over acting.  He has been with the Halo video game franchise as Gunnery Sergeant Buck and then later as Spartan Edward Buck in Halo 5: Guardians. The Castle star, has done several voice roles both in movies (including Monsters University and Guardians of the Galaxy) and in television (Justice League Unlimited and Gravity Falls.)

In Cars 3, Fillion voices Sterling, a successful and brilliant businesscar who runs the elite training facility – Rust-eze Racing Center. The dapper and laid back bussinesscar is determined to get his money’s worth and ensure his investments pay off.

Lea DeLaria of Orange is the New Black provides the voice of Miss Fritter. A local legend at the Thunder Hollow Speedway demolition derby, Fritter is intimidating, not just because of her formidable size, but more so for her pumped-up school bus with built-in razor-sharp STOP sign, and horn shaped smoke stacks.

The comedian, actress, and jazz musician, best known for her role as Big Boo in the Orange is the New Black, also just recently lent her voice to the 2016 movie Bear with Us as Chief Ranger Stewart.

Lewis Hamilton may not have the acting experience to back him up in this new role, but what he got is the next best thing – the real life experience of being a Three-time Formula One world champion!

Directed by Brian Fee and written by Robert L. Baird and Dan Gerson, the legendary Lightning McQueen cruises into theatres on the 16th of June, 2017.