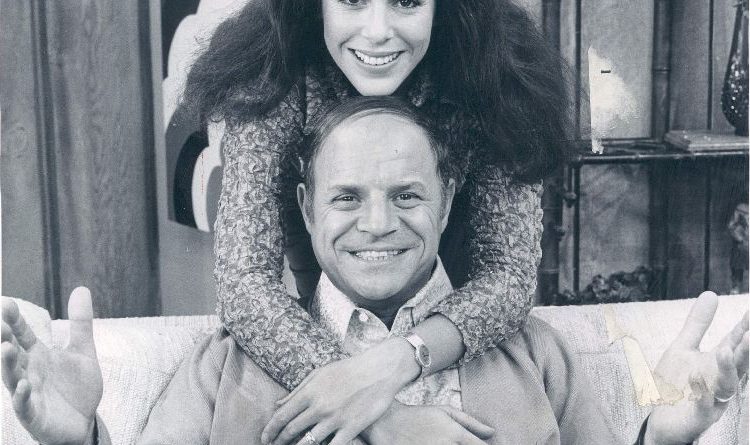 He called his ill-mannered audience members “hockey pucks”, his humour was acidic and he enjoyed being the opposite of politically correct, but we loved him anyway.

The legendary insult comedian, Don Rickles died Thursday at his home in Los Angeles of kidney failure. He was 90.

He began his career in the early 1950’s performing stand-up comedy in clubs in New York, Miami, and Los Angeles. He became known for insulting his hecklers and then later on these insults became a part of his routine.

Rickles got his break after Frank Sinatra and his entourage saw his performance at Murray Franklin’s nightclub in Miami Beach, Florida. When Rickles spotted Sinatra he remarked, “I just saw your movie The Pride and the Passion and I want to tell you, the cannon’s acting was great.” He added, “Make yourself at home, Frank. Hit somebody!” Sinatra surprisingly took the insult well and even fell off his seat laughing. Sinatra took a strong liking to Rickles and made him an honorary Rat Pack.

Sinatra nicknamed Rickles “bullet head” and encouraged other celebrities to see his shows, this paved the way for Rickles to gain prominence as a comic and headlined casinos from Atlantic City to Las Vegas, and became a perennial guest in late-night shows like The Tonight Show with Johnny Carson.

Rickles also went into acting and had his film debut in a serious part in Run Silent, Run Deep with Clark Gable and Burt Lancaster in 1958. This led to more film and voice roles well into the 1990’s like Bikini Beach (1964), Kelly’s Heroes (1970) and Toy Story (1995). He also starred in several television series, like Bob Hope Presents the Chrysler Theatre, C.P.O. Sharkey and Daddy Dearest, and a few years back guested in Hot in Cleveland.

Later in his career Rickles spent his talent more behind the mic and off the cam as the voice of Mr. Potato Head in Toy Story franchise – from the three hit movies, television specials and video games. He also lent his voice to other films like Redux Riding Hood and Quest for Camelot.

His endurance and success in the industry in the midst of political correctness no critic can explain. His act always sharp and strong, and peppered slurs… but we let him get away with it, happily so. Upon his own admission, he was rewarded for saying things others wanted to say but couldn’t. He was the kind of guy “who makes fun of the boss on Friday night and still has his job on Monday morning.”

Sarcastically nicknamed Mr. Warmth, Don Rickles made quite a living insulting his audience for six decades, but behind his acerbic brand of comedy, Rickles was known to his friends as an all-around great guy, and a devoted son, husband and father.

He is survived by his wife of 52 years, Barbara Sklar, and their daughter Mindy, son-in-law Ed and grandchildren Ethan and Harrison.