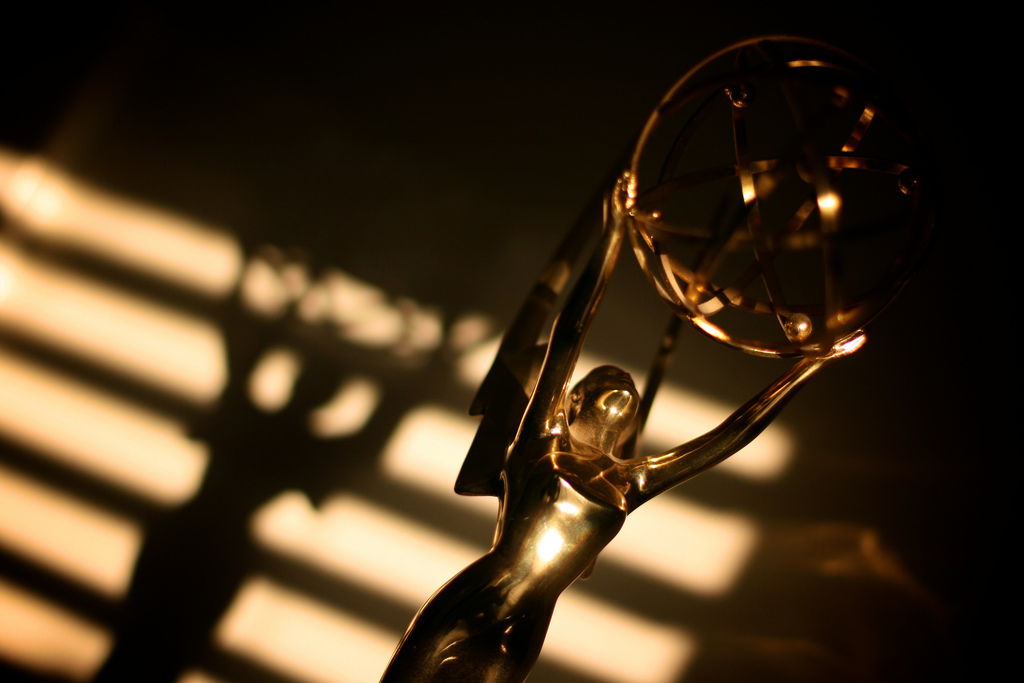 For the first time in 12 years, the Emmy Awards will give separate distinctions for the Voice-Over category.  This year they will recognise voice over actors/talents as Best Narrator and Best Character Voice-Over Performance.  It is a welcome change as finally the actors nominated for their narration work does not need to take the sidelines against voice actors nominated for their characters in the more popular animation series in television.

With the recent change, let us see how Gold Derby, a showbiz award and reality show prediction site lays out the “tale of the tape”.  Here are excerpts of Matthew Jenner’s prediction and some details about the nominees.

Chris Diamantopoulos takes on the iconic voice of Mickey for the first time last year in Disney’s Mickey Mouse.  The actor/comedian is known for his Broadway lead roles for The Full Monty and Les Misérables; and recurring roles in Up all Night and The Office.  This is his first Emmy nomination.

Jenner:  “The episode he submitted is only three minutes long. That could be a problem as it is much shorter than the rest of the performances in this category. So, while the show is likely to prevail in the Animated Short category again this year, I don’t think Diamantopoulos is going to join them in the winner’s circle.”

Prior to his voice role for Stan, Stephen Full also starred in another Disney show, I’m in a Band as Ash.  This is the first award nomination for the 42 year old actor/comedian.

Jenner: Stephen Full submitted the episode “My Parents Posted What?!”, where his character recites Shakespeare and sings.  “I’m glad (it) broke through and got a nomination. However, this is a case of the nomination being the win as the submission is not the strongest in contention.“

Seth MacFarlane is an American actor, voice actor, comedian, writer, producer, director, and singer.  He is the creator of TV hit Family Guy and American Dad!.  Seth MacFarlane won in 2000 for the same category for voicing the character Stewie Griffin.  He was again nominated but lost in 2009.  If the prediction is right, he may be looking at his second statuette for his voice role.

Jenner: Seth MacFarlane submitted for this category the episode “Into Harmony’s Way.” “Peter Griffin and Glenn Quagmire (both voiced by MacFarlane) form a Simon & Garfunkel-type folk duo. This episode is skillfully done, as most of it is MacFarlane speaking to himself in the voices of Peter and Quagmire. He also sings, and harmonizing with yourself can be a challenge. MacFarlane does well, and he could end up winning the Emmy.”

Seth Green is known for his role in the Austin Power films and the voice of Chris Griffin of Family Guy.

The actor/producer directed the Robot Chicken special “DC Comics” that he submitted for the Emmys.  He has 5 nominations prior to this last, however has yet to win his first Emmy for Voice-Over Performance.

Jenner: “He is the most versatile of the nominees, voicing more than a dozen different characters. However, while he is a veteran of the animation categories, I don’t think this will be the year for him in either race.“

The Canadian voice actor and former stand-up comedian have done numerous voice roles for popular and much loved animated series.  From Inspector Gadget, Transformers, Ghostbusters, Dennis the Menace, Dexter’s Laboratory (the list goes on)to his recent hit Futurama.  He has won both his previous nominations for Futurama, 2011 and 2012.

Jenner: “The legendary LaMarche could prevail again, His performance in the episode is funny and there is a lot of skill behind it. This beloved voice actor could definitely win his third Emmy.”

Harry Shearer is an American actor, comedian, writer, voice artist, musician, author, radio host and director.  He is best known for his work in Saturday Night Live and for playing various roles in The Simpsons.  He started his career at 10 years old in the film Abbott and Costello Go to Mars. The famous voice actor Mel Blanc was his mentor.
Jenner: “All of the primary castmembers of “The Simpsons” have won Emmys for their performances with the exception of Harry Shearer. Shockingly, he has only reaped one bid for his work on this classic series, which dates back to the premiere in 1989. He lost in 2009 to Dan Castellaneta, who gives voice to Homer Simpson.

His episode is “Four Regrettings and a Funeral,” where he voices some of his most iconic characters: Kent Brockman, Mr. Burns, Younger Burns and Smithers.”

What about you?  Who are you rooting for?

And here is a breakdown of nominees for Outstanding Narrator, Emmy Awards 2014:

Game of Lions is one of the Big Cat Week episodes of National Geographic. It follows the lives of young male lions and their potential to be king.

Jeremy Irons is an award winning English Actor.  His career spans over four decades, active in theatre, television and film.  His was most awarded for his role Claus von Bülow for Reversal of Fortune (1990).

Jeremy Irons has three other Emmy Awards nominations and two of which he won; Outstanding Voice-Over Performance  (1997) for The Great War And The Shaping Of The 20th Century and Outstanding Supporting Actor In A Miniseries Or A Movie (2006) for Elizabeth I.

Penguins: Waddle All The Way

Penguins: Waddle All The Way is a two-hour Discovery Channel special exploring the colourful secrets behind the world of Penguins.

Jane Lynch is an American actress, singer and comedienne. She is best known for her shows Glee and The L Word.  Active in both television and movies, Jane has done several voice roles, most recently for Escape from Planet Earth (2013).  Jane Lynch has two nominations for this year.  She is also nominated as Outstanding Host for a Reality or Reality-Competition Program for Hollywood Game Night.  She has had 4 previous nominations, one of which she earned an Outstanding Supporting Actress In A Comedy Series (2010) for Glee.

Whoopi Goldberg Presents Moms Mabley is a documentary film about African-American vaudeville comedienne Moms Mabley.  The film was directed, produced and narrated by Whoopi Goldberg and aired in HBO November of 2013.

Whoopi Goldberg – comedienne, actress, singer-songwriter, political activist, author and talk show host.  Her most memorable performances were from the movies Color Purple (1986) and Ghost (1991) which earned her Golden Globe and BAFTA awards.  This is her fifth Emmy nomination and has yet to win her first individual Emmy.  She shared an Emmy Award for Outstanding Talk Show Host in 2009 for The View.

One Life is British nature documentary film directed by Michael Gunton and Martha Holmes. It was released in the UK on 2011, and had a limited release in the US in February of 2013.

Daniel Craig has been an actor since 1992 and has worked in several movies, television appearances and video game voice roles.  He is of course best known as the current James Bond.  This will be Daniel Craig’s first Emmy nomination.

Too Cute is an American television series shown in Animal Planet since 2011.  It tells of the “coming of age” stories of animals, mostly cats and dogs. In their first 8 to 12 weeks.  It has been narrated by Henry Stozier since its first airing.

This is Henry Stozier’s first Emmy nomination.  Henry Strozier is a film and voice actor is known for his work on the movies Contact (1997), You Don’t Know Jack (2010) and Thirteen Days (2000).

The Primetime Emmys will be shown on the 25th of August.