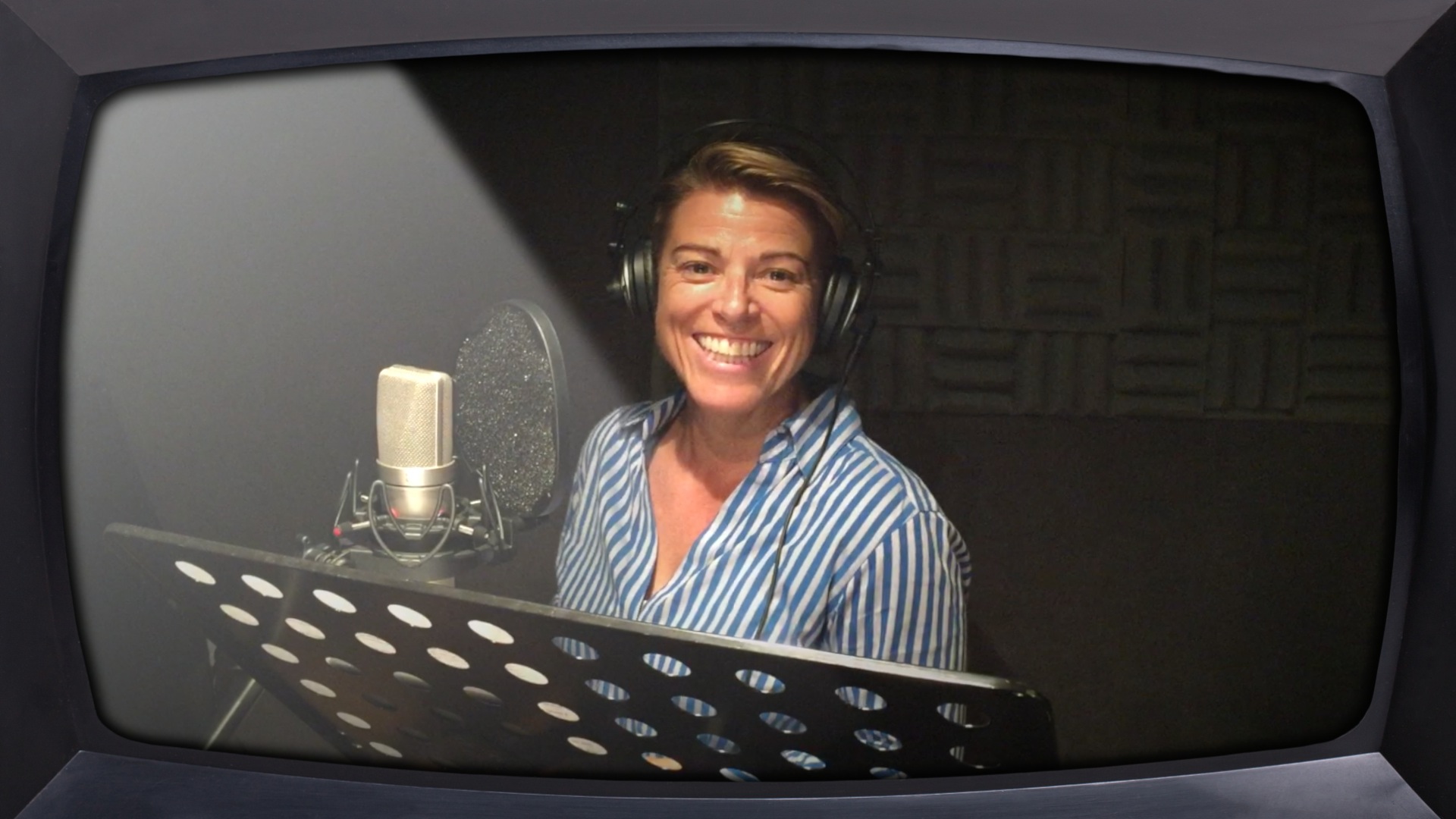 In a world… where man dominates the cinematic world…

Where one man is destined to be the omniscient, disembodied voice of the fictional world…

A world where the VOICE of GOD is invariably and irrevocably the sonorous, authoritative voice of that of a man…

Even after years of advancement in the status of women voiceover arists in the industry, there seems to be one niche that is proving harder to break into – movie trailers. Even now when movie producers and studios are slowly moving away from the Don LaFontaine mold of narration and relying on the movies to speak for itself, on the few occasions that movies would require narration, regardless if it is a romantic comedy, a drama or a non-action movie, the go to voice is still that of a man.

Women constantly face the challenge of proving their voice is loud enough, strong enough, and authoritative enough to cut through the harsh, discordant sounds of a movie trailer. Arguably this perception is still carried across other forms of voice work – in television and radio.

Jane Ubrien, one of Australia’s most versatile voiceover actors, is out to help change that perception.

We asked Jane what has inspired her to do In A (Woman’s) World and her thoughts on the status of women voiceovers in the industry.

What is the inspiration behind In A (Woman’s) World?

Frustration was the main driving force behind the creation of this video recording. Every movie trailer I’d seen in recent memory, regardless of genre was voiced by a man. Period dramas, rom-coms, even gooey, girly romantic movies, the ones that the average man would rather stick pins in his eyes than have to watch, had trailers voiced by men. Why? Women voiceovers are just as skilled as men and yet the vast majority of movie trailers are voiced by men, as if women are not even an option. It’s like using a female voiceover is so risky, nobody is brave enough to break with tradition. And that’s all it is – tradition. It’s not 1953 anymore and that whole theory of women only taking notice of male voices is just no longer relevant. So why have the talented, creative people who make movie trailers not moved with the times? Perhaps if they hear a woman read a trailer, they won’t be so scared of using a female voiceover anymore. So I set out to present the proof that women can do this movie trailer-voicing thing too. And who better to take on, than the heavy weight champion of movie trailers, Don LaFontaine. Paying homage to his Universe script, I wrote my script in a moment of inspiration, enlisted the help of a few very talented colleagues, jumped in the booth and made some magic. See, it can be done! Women really can read movie trailers after all. Nobody exploded and the earth is still turning! What is everybody so afraid of?

This reminds us of Lake Bell’s movie, “In a World…” There is a line in that movie spoken by Fred Melamed’s character, “The industry does not crave a female sound… I’m not being sexist, that’s just the truth.” If that was said for real by a voice actor, a movie producer and anyone in industry, how would you respond?

“No, you are being sexist!”

When casting a voice for a commercial you would take in to consideration the type of product and target audience of the product. So putting a male voice on everything just doesn’t work. As a thirty something year old woman, I’m not going to listen to a young male voiceover trying to tell me about moisturizer. Seriously, what does he know about it?! He has no credibility and I’m not listening to anything he has to say on the subject. Just this week I saw a TVC from the UK for Rimmel Nail Gloss, featuring singer Rita Ora. The voiceover, logically was… a male!? What?! Because men use nail gloss all the time, right? Again, he has no credibility. Why do women need a man to tell them about nail gloss? Perhaps every female voiceover on the planet was unavailable that day. Admittedly, not every female voice is ideal for the voiceover business, but not every male voice sounds like James Earl Jones either. Enough with the sweeping generalizations already!

But have you seen though some improvement in the number of work given to female voiceovers in the last 5 to 10 years?

Yes, women are definitely getting more exposure than 10 years ago in just about every area but movie trailers! There was a time when you would never hear a female voice on a TV promo or an ad for cars or financial products. Thanks goodness those days are over. However there is still work to do and antiquated attitudes to change. Just last week I was told that TV networks can’t have a female voiceover on news promos because women would rather ‘see a man behind the desk’. Seriously? What year is it? Women watch news, women read news, women even make news, so why can’t women read news promos?

What can you say about the lack of female voiceover actors in movie trailers even now? Why do you think this situation still exists?

I think the use of male voices on movie trailers is so ingrained that the producers don’t ask themselves, “do we use a male or a female voice on this trailer?” but rather, “which male voice will we use on this trailer”. Considering trailers are made by creative people, they don’t really think outside the box when it comes to casting the voice for their trailer. Why is the target audience not taken into account when casting for trailers as it is in other forms of advertising? Did the Minions movie trailer really need a male voice on it? Considering this is a kids’ animation and the movie’s bad guy is a woman, why could the trailer voice also not have been a woman? Even the trailer for Meryl Streep’s latest film, Suffragette, wasn’t voiced by a woman. A movie about women fighting for their right to be heard, a movie perfect for a female trailer voice, and it has no voice on it at all. The irony is too much! It was as if the producers decided a male trailer voice just wasn’t right, so they would use no voice at all. Surely a voice with the ability to evoke emotion through performance is a better option than a voice that is just, deep. On some trailers, all the voice is required to do is read the ‘in cinemas now’ tag. I don’t think I’ve ever heard a female voice say that. Would people boycott the film because a female voice read that tag? Funny, I don’t think so either.

Where do you see the status of woman voiceovers in future? Do you think the voice of God will ever be a woman?

In the future, I’d like to be not having this conversation because this inequality will no longer be an issue. The movie trailer business will have set its McFly powered Delorean to 2015 and female voiceovers will be voicing movie trailers on equal footing with the men.

As far as the voice of God being a woman goes, I never understood why they gave her a man’s voice in the first place.

Surprisingly, some studies would show that not only men, but women too trust male voices more. It is not just an assumption made by producers or advertisers, it is a perception shared by the average male and female audience – that those whose voice is a little more commanding, a little more resonant can get the job done better.

However, these days, it should no longer be a question of who is more authoritative, but who is more ‘relatable’. Not a voice that commands, but a voice that tells the story. It is not just up to the women in the voiceover industry to demand that they be heard more… the female audience should also push the boundaries. To see change, women would need to break the mold – trust in their own voice.

What can you do as a voice actor (male or female) to affect change in disparity in work, not just in movie trailers but in any voiceover work?  Share your thoughts with us below.