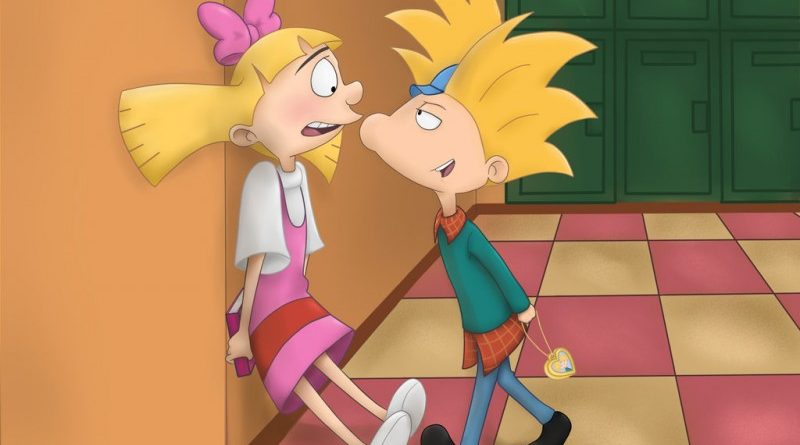 Who could forget this iconic line from Helga G. Pataki of the well-loved Nickelodeon cartoon series Hey Arnold!?

Rejoice 90s kids, Nickelodeon has announced a new Hey Arnold! TV movie to be aired in 2017.

The Hey Arnold! series was a morning cartoon staple as any kid from the 90s will agree. It had broken new grounds in kids cartoon with its good balance of silliness and heart. Oh and yes, jazz and swag.

As Variety reported, the new movie “Hey Arnold: The Jungle Movie” will pick up from where the 2004 series has left off and will be answering unresolved questions including the whereabouts of Arnold’s missing parents. Hey Arnold!  Creator Craig Bartlett will be at the writing helm for the upcoming project.

On the other hand, Lane Toran and Jamil Smith, the original voice actors for best friends Arnold and Gerald, will be voicing other characters in the movie.

New voice talents will be joining the cast such as Mason Vale Cotton as Arnold and Benjamin “L’il P-nut”Flores Jr. as Gerald.

Alfred Molina will be the voice of the villain Lasombra, an infamous pirate with secret operation in the jungles of San Lorenzo.

Chris Viscardi, SVP of content development for Nickelodeon Franchise properties, noted to Variety, “The voice cast is an essential piece to the ‘Hey Arnold’ universe and we’re excited for a new generation of fans to hear these characters in a new TV movie.”

So go bring out that hidden football-head shaped bubblegum from your secret altar and polish that success handshake with your best friend! We know you want to channel that inner Helga and Arnold in you.