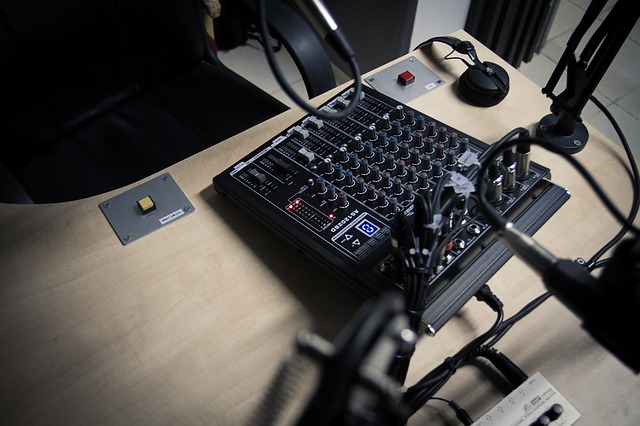 Who would have thought that a once huge fan will make one hell of a splash in the video game voice acting industry? Sean Chiplock is a Los Angeles-based voice actor whose acting prowess and powerful voice have landed him gigs across an array of video games, anime, commercials, business videos, e-learning programs, mobile apps, and a whole host of other media projects.

Being a multifaceted talent whose voice can be mold into any character, his career has boomed chiefly in the world of anime and video games. From appearing in countless critically-acclaimed game franchises like The Legend of Zelda: Breath of the Wild as Revali, Teba, and Great Deku Tree, and Persona, all the way to securing himself the lead role in hit anime like Re; Zero, Sean’s talent in the world of voice acting is unbelievably remarkable.

Sean has been with the voice acting industry for 17 years now, holding more than a hundred credits on TV Series and Video Games. Despite his big name, he is very approachable to everyone – he welcomes independent/solo projects alongside the bigger company titles and is available for both in-studio and at-home recording requests. He’s a part of 5 voice casting websites but another good thing about him is that despite his busy days, his doors are always open for interviews which he answers comprehensively by heart.

We were lucky enough to have the opportunity to speak with the great voice actor Sean Chiplock to talk briefly about his fruitful career in the video game.

VOH: What do you like the most about doing video game voice overs?

Sean: Video game voice-overs, at their very core, make the impossible possible – in no other medium can a Player not only experience worlds where dragons fill the skies, elemental magic is studied, and the dead walk the earth (among infinite other possibilities), but also actively take part in these experiences. Being a part of the videogame voiceover industry allows me this chance to step into the shoes of roles both literal and figurative that otherwise simply would not be available in the real world. In a reality where financial and geographical limitations can prevent us from being able to explore and experience as much as we’d like to, videogames offer the chance for performers to visit these vastly different worlds and the personalities of the characters who inhabit them.

VOH: What are the challenges you encounter in voicing video game characters and how do you overcome them?

Sean: Even though videogames serve as portals to wildly different realities, the reason why we connect to the story and the characters is that we find elements of humanity that we identify with. It can be a challenge, then, to figure out how to portray archetypes like hulking brutes, powerful sages, superheroes, and all manner of creatures and minions while still infusing those familiar elements that help the player empathize with their struggles and rationales. For me, the foundation to tackling this challenge has always been to actually put myself in that space – to convince myself that monster, teammate, or adversary is actually in the room with me, and to react genuinely within my lines as I would in the full conversation. It also helps to find allegories in my life experiences that are similar to the themes and issues my character is facing in their own world; if I can think of a similar instance and recall how I felt (or would feel), that contributes significantly to bringing an authentic emotion and response as my character in turn.

VOH: What is the best compliment you have ever received for doing video game voice over?

Sean: There have been a couple of times where a trailer with my character’s voice is released, and people are so convinced it’s a certain (other) actor that they begin spreading it as fact before the true reveal comes out (this actually happened most recently with Mortal Kombat 11, where it was a solid 2 weeks that people thought Frank Welker voiced Noob Saibot rather than me), or even treat the actual reveal as the misinformation. I found it incredibly amusing to have managed to disguise my own voice well enough for that to happen. But the SINGLE best compliment I ever received had to be over my performance as Rean Schwarzer in Trails of Cold Steel; I was told that my performance of the character “made him an interesting, empathetic, and lovable protagonist”, in comparison to the original Japanese counterpart. Considering it was a lead role, it feels incredibly wonderful to know that my work and passion helped highlight someone’s gaming experience.

VOH: One of the sites you get many bookings from is The Voice Realm. How’s your voice acting career with them in terms of video game projects?

Sean: “I can truthfully say about The Voice Realm: Without a doubt, your site has provided the most opportunities for me in terms of video game roles not tied to studio work. Despite being a part of at least 3-4 other casting websites, nearly all of my freelance/indie-game opportunities that have gone through casting sites have been with TVR.”

Sean Chiplock is just one of the best gaming voice actors around right now. Delivering recordings for clients like Disney, Pixar, etc. Watch out for his name in the credits!