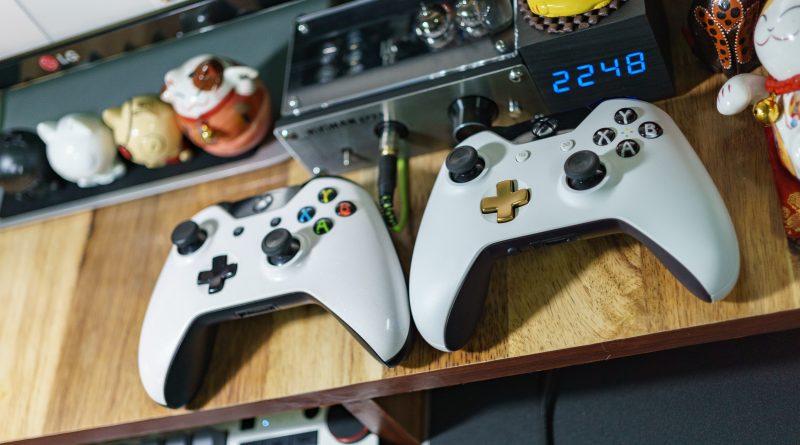 The advent of video games happened a couple of decades ago and now gone are the boring pixelated text boxes, flat graphics, and robotic sound effects. The vast evolution of video games includes the rise of MMORPG (Massively Multiplayer Online Role-Playing Games), MOBA (Multiplayer Online Battle Arena) and other adventure games. These video games have a highly-interactive user interface, quality animation, and complex storylines that opened a whole new job market for voice actors to provide voices to a legion of characters.

Over the years, many actors voicing video game characters have left a footprint across multiple titles on both dormant and continuing video games. Absolutely possible, you can play various video games and encounter the same character voice in two or more games. For example, Lucy Stillman in Assassin’s Creed and Cora In Astroboy: The Video Game are two characters with a voice you can totally recognize coming from one person — no other than the famous female voice actor who voiced Princess Anna in the Disney animated film “Frozen”, Kristen Bell.

It goes without saying that famous voice actors are highly sought for many video game projects that their voice products are scattered to different game publishing firms and to reckon, that is just something every voice actor dreams of. Who’s your ideal video game voice actor? Is it Ned Luke who provided an action-heavy voice for the notable Michael De Santa in Grand Theft Auto V? Or is it Kath Soucie who can incredibly mold herself to nearly any character? Rain or shine, these voice actors are raking in exponentially big profits just like Hollywood film actors. That, alongside how video game voice actors are increasingly becoming in demand, you surely have the eyes for becoming a rising star in the gaming voice-over world one day.

Voice over job per se is already a difficult pursuit. Branching out to a métier – video game voice acting is a whole new level of a tough career. If you are a novice voice actor considering having a shot at video game voice-over, you’re on the right place. Read on and get your headway on taking your first project on video game voice over.

Start from the bottom

It was mentioned in the previous article “How to Get Started in Voiceover” how allowing yourself stride in the beginner slopes is a step you must not skip. If you jump into taking on big roles you might just get frustrated in the long run. Start on smaller video game projects. You may also sink your teeth into non-video game-related voice over jobs such as student projects, small commercials, local radios, e-learning, etc until you feel like you have an in-depth understanding of the industry and you know your voice so well to try on voicing for video games.

Nothing gets you better at doing voice over for video games by playing the game first. Simulate the game, study the game flow, listen and observe how voice actors convey the emotion of the character and the scene. You may also reach out to small or solo video game developers and offer your voice over services at a very cheap rate.

Voice acting for video games is all about versatility. In one video game installment, you may be required to create the voice of two or more characters. Most role-playing and action games nowadays have a wide range of characters so your voice is really in demand to be powerful and versatile. Trying more voiceover roles apart from the character assigned to you will take you to places. But this can be challenging. While you need to keep your immersion to one character, you have to master the art of switching personas and being able to summon a character that is convincingly distinguishable from the deck of characters you perform. Practice is the key.

Alongside versatility should be a solid acting skill. You are bringing your characters into life with real emotions, so you have to create a credible and conversational delivery for the character you are voicing. Most video games are action-oriented and often have scenes that depict violence or death, hence, a player may be directed to “die” in a dozen different ways. This requires you to be able to express each death differently. Your character’s fate in the storyline lies in your voice and acting, so take a hundred percent hold on your character.

Simulate the soul of the character

As aforementioned, you are the one who injects humanity to a video game character. Therefore, it is of paramount importance that you understand the character’s role, personality, and perspective for you to be able to convey its heart and mind effectively.

Ability to work on the spot

Video games are uniquely challenging to voice actors. The production period is actually much shorter than work on animated film or series. Scripts are lengthy and actors are often called instantaneously to work on on-the-fly sessions so you must practice cold reading otherwise, you’re out.

The voice actor’s vocal cord is the most important facet above it all. Some video games are composed of leading men as main characters which entail a lot of shouting and screaming and having the longest dialogues. It can be stressful and abusive to your vocal cord especially when doing sessions one after another so it is crucial to take good care of your voice and know the right timing for doing video game narration sessions.

Your demo reel is your optimum ambassador. In this one, you can hire a coach who can help you produce a game-specific demo that is suited to the current demands of the genre.

Breaking into video game voice over is not an overnight success. You have to keep your perseverance and dedication to be able to bounce back from hurdles of failure after failure. With the right attitude, it’s not forever fighting tooth and nail in this amazing industry, you’ll get the gist eventually and before you know it, you’re already making great strides.