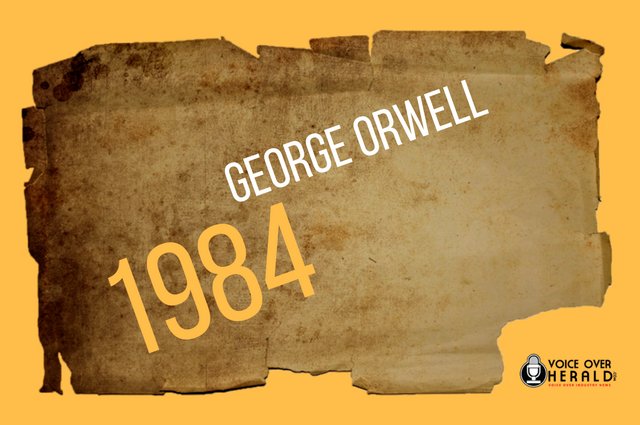 With the current political climate not just in the United States, but all over the world, it seems that it is no surprise to many, though still unnerving, to see a surge in sales of one of the greatest dystopian novel ever written – Nineteen Eighty-Four by George Orwell.

The spike in sales started to trend soon after the inauguration of the new American President, and more so after Kellyanne Conway’s infamous “alternative facts” made the rounds in all forms of media, reportedly the novel got nearly a 10,000% increase in sales in Amazon alone.

Who would have thought that a 1949 novel that was once said “breaks all records for gloomy vaticination” (Edward Shanks, The Sunday Times) is no longer just fiction but now a cautionary tale? And while those in power peddle truth as malleable, and rational thinking optional, this 9th grade required reading is now a necessary and essential read and re-read. Yes, it seems we are living in the dire world pictured by George Orwell… we are living in 1984!

Avid readers would suggest that the best way to be introduced or re-introduced to this masterpiece is reading a hard copy, however the audiobook version provides an enriched experience, with an air of seriousness and discontent, and made more riveting by its foreboding music and background.

There are several unabridged and abridge audiobook versions of Nineteen Eighty-Four.

One version is the recently released Canongate Books audiobook (November, 2015), narrated by Andrew Wincott. Wincott is credited for various video game works like Sherlock Holmes: The Devils Daughter as Dr. Watson, Deponia Doomsday and Victor Vran, but is best known as Adam Macy in the audio drama The Archers.

“His vocal quality is perfect for this book! It suits the style and atmosphere of the book. Dark, mysterious and moody.”

“The story is just captivating. Decided to pick it up because it is a classic, and I have never read it, and how I regret that… He does all the characters really well.”

“Fantastic version of the book… The narrator gave a brilliant performance, really adding to the dreama of the story. Absolutely recommended.”

There is also an abridged version published by CSA Word and narrated by Philip Glenister. The English actor is best known as DCI Gene Hunt in the series Life on Mars and as most recently as Reverend Anderson in Outcast.

“The narrating of this masterpiece is absolutely amazing. The changes in voice for different characters brought it alive. People say that the little interludes of classical music was disconcerting, but I reckon that it made it seem ever more realistic. The tracks fitted perfectly with the story and flowed brilliantly.”

“Philip Glennister’s narration is first class. In particular, his soft Irish O’Brien brought the character alive for me. I doubt that his reading of this classic novel can be surpassed.”

“The narration of the book was really clear and his voices were always distinct. Don’t buy this audiobook if you aren’t prepared for a serious onslaught of politics and mind games.”

But the most popular unabridged audiobook version of Nineteen Eighty-Four is the one published by Blackstone Audio (May, 2007) and read by Simon Pebble. Pebble is an English actor and narrator initially known for his works in television drama and as game show announcer. In the recent years, focused his work in narrating large number of audiobooks, nominated seventeen times in the Audies, and finally receiving the coveted audiobook award in 2010.

“There’s a certain gravity to Prebble’s voice that invests his work with a power that, while enjoyable in other books, is vital here to reflect the spirit of the novel. Winston’s struggles, hopes, sufferings, all are brought to vivid, grim life by Prebble’s strong narration. I highly recommend Prebble’s reading to anyone looking to listen to 1984.”

“Simon Prebble’s very nice subtle English accent I think added a level of believability to the story. Mr. Prebble easily differentiated characters, added emotion to his voice beautifully, sometime making me think he was actually worried or frightened ect. As is my experience with Blackstone Audio titles they try to get the best possible narrator for the story at hand and Simon Prebble did not disappoint.”

Whichever version you choose to listen to, be prepared for a gruesome and depressing portrayal of humanity. A compelling, well-written novel that paints an extreme vision of the world, but a cautionary tale not far from the current realities.

“Power is in tearing human minds to pieces and putting them together again in new shapes of your own choosing.”