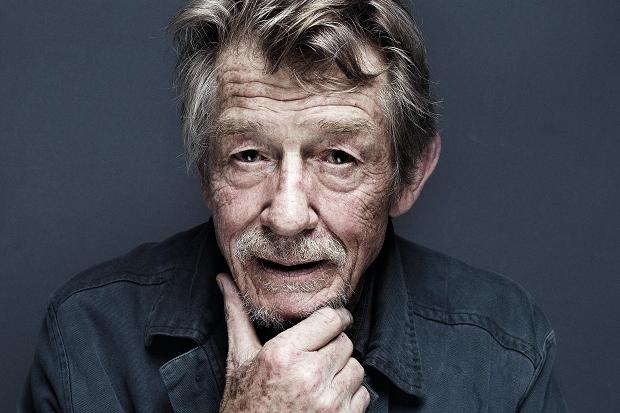 It’s a sad start of the year not just for sci-fi fans as another icon bids us farewell.

To this generation, John Hurt was Mr. Ollivander, the proprietor of Ollivanders in Diagon Alley and considered the best wand maker in the world, and as The War Doctor in the 50th anniversary special of Doctor Who, The Day of the Doctor. However, John Hurt’s career spanned more than six decades with him gaining prominence for his role as Richard Rich the film A Man for All Seasons in 1966.

From the early 1960’s to present, the British actor of stage and screen, John Hurt led a long and storied career, from stage debut in Infanticide in the House of Fred Ginger in 1962, his Golden Globe and BAFTA winning performance as Max in Midnight Express in 1978, as the voice Aragorn in the animated version of Lord of the Rings, his memorable performance in The Elephant Man as John Maverick which earned him another BAFTA Award, as The Great Dragon (voice) in the Merlin television series, and like most of the stars in the Harry Potter series, had a boost in his notability after playing the role of the great wand maker Garrick Ollivander.

He often played in the early years of his career wiry, sallow skinned menacing characters, and of late gnarled, sinister characters roles that project deep wisdom – all to match his burry, rich rumbling voice.

He once said, “I have always been aware of voice in film. I think that it’s almost 50 percent of your equipment (as an actor).”

“It’s as important as what you look like, certainly on stage and possibly on film as well. If you think of any of the great American stars, you think of their voices and their looks, any of them – from Clark Gable to Rock Hudson.”

Hurt left us a rich body of work that will be difficult to single out a favourite – to add… Alien, 1984, Hellboy, V for Vendetta, Labyrinth (TV), and the list can go on. However, Sir John Hurt was not done yet, he leaves us with his projects yet to be released – the fourth and final set of Casualties of War of War Doctor audio plays, to be released this February 2017; and five films, namely: That Good Night, Back to Utopia (voice), Damascus Cover, My Name is Lenny and Darkest Hour.

Sir John Vincent Hurt was honored with a lifetime achievement award by the British Academy of Film and Television Arts in 2012 and then was knighted by Queen Elizabeth II in July 2015. That same year, Hurt announced that he had been diagnosed with pancreatic cancer.

He is survived by fourth wife, Anwen Rees-Myers, and sons Alexander and Nicholas.