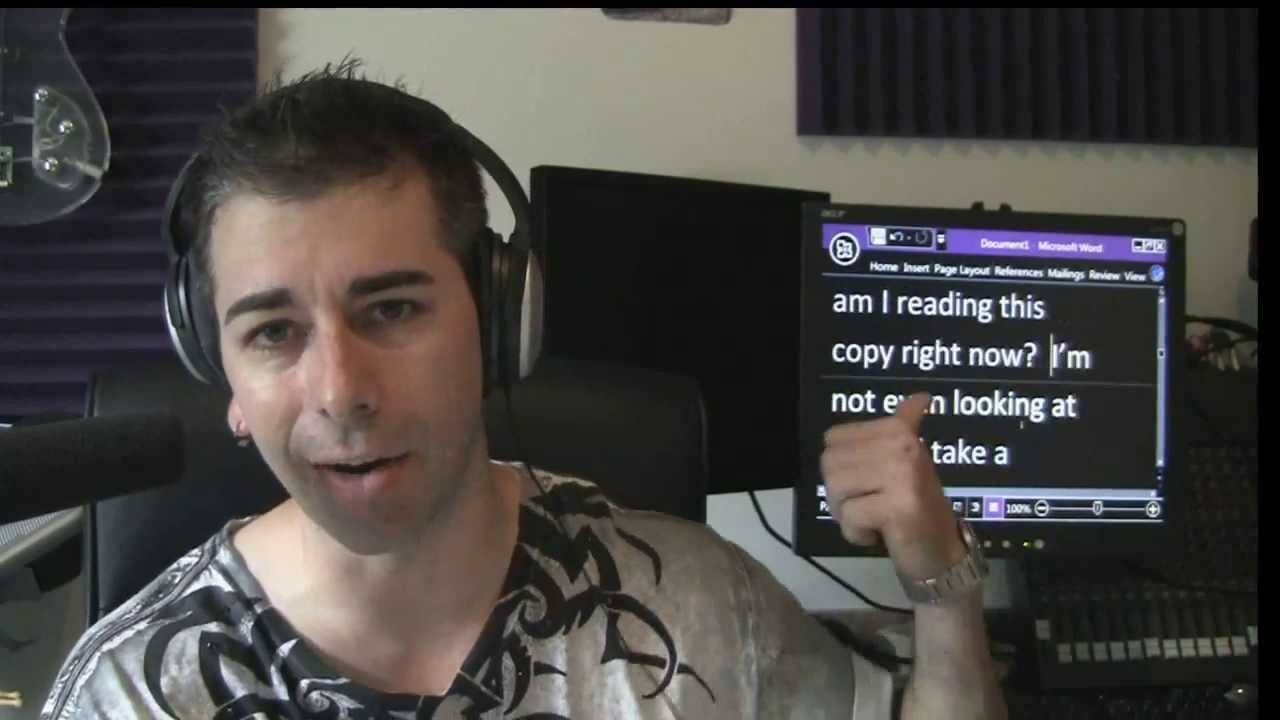 The voice over industry is a difficult profession, especially if you’re an artist that works in your own home studio. The independence of competing with others to maintain relevancy for more work is indeed a challenge. So what happens when normal setbacks become bigger hurdles because you’re legally blind?

That’s Pete Gustin, a voice over artist for national ads who, at the age of eight, was diagnosed with macular degeneration disease and slowly lost his eyesight overtime. He speaks to the Voice Over Herald about where his interest in radio began and how he always had to go into auditions highly prepared because of his disability.

Gustin was introduced to radio at the age of eleven and landed his first internship at the age of eighteen before entering into college. From there he says, “Every job, boss or agent he came across presented some type of difficulty because of his blindness.” He remembers a talent agent out of New York who said that he would never make it in the voice over industry. Gustin was twenty-one at the time and that moment almost derailed his dreams and was the driving force for hiding his disability. “I was able to hide my disability to a degree,” says the voice over artist. He explained that because his eyesight degenerated slowly, he learned how to look at someone or fake eye contact. He always had to explain, “Yes, I’m legally blind,” and because of that he knew he had to look one-hundred percent better than the next possible candidate. There was always that glaring label of disability over his name. So just where did Gustin’s confidence come from? He says he’s sure some of it came from his parents who always expected him to do well and because of that he expected that of himself.

He mastered the art using a computer-generated voice where he can now read copy with the best of them. He’s done work for Super Bowl ads, soap opera promotions, and explained how he does it in a video on YouTube titled, “HOW DOES A BLIND GUY READ COPY FOR A LIVING?”

His YouTube video brings to memory a past mishap which he now finds funny. He says he was in an auditioning room that quickly erupted into laughter once his headphones came on. Panic began to set in as he didn’t know what was happening, but was soon told that there was no way he could be reading the script- It was upside down and facing those he was auditioning for. Responding, he said he must have committed it to memory while waiting in the ready room. Everyone laughed it off and the audition resumed.

Pete Gustin, of Massachusetts ends the conversation with advice for other aspiring voice over artists, and that is to be you! “The thing that is going to stand out these days and make you different than anybody else is your personality.”

Listening to Gustin’s story, we see how his personality and commitment is proof that he’s definitely in the right profession.

What setbacks have you had in your voice over career? Let us know in the comments section below.