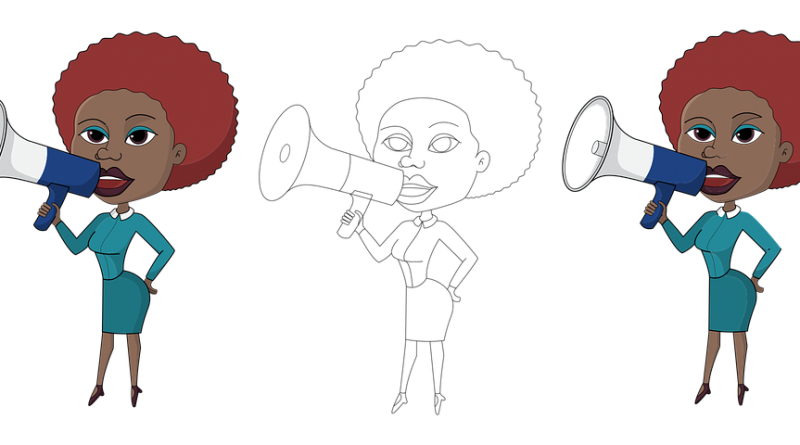 Voice over actors take on different characters, become the voice of different commercial campaigns, the voice behind that latest advert – always behind the mic, very rarely in front of a camera.

It seems like it is a rare event when we actually hear the real advocacies of a voice over talent, what they actually stand for, their true VOICE, outside of their concerns in the voice over industry.

How often have you turned your back on a sizable paycheck because it was for a product you do not advocate?

How often have you had a chance to voice campaigns or issues closest to your heart?

In this industry, we don’t get to cherry pick dream projects, and those big campaigns don’t just land on your lap everyday. Sadly, many times we have to set our opinions aside to work on a project, a recording, a character voice that may not sit well with what we believe in.

Take for example a Korean voice over actor, Jayeon Kim. Jayeon worked for PC game companies Naddic Games and A.Storm before being “replaced” by another actress after a supposedly “controversial” Twitter post.

“I don’t need a hero. I need a friend.”
Star vs. the Forces of Evil EP08 pic.twitter.com/79CeIBGVSt

This innocent post while watching her favourite Disney XD show, Star vs. the Forces of Evil left a bad taste with Naddic Games and A.Storm who make business out of damsels in distress. It was a bold, too feministic move for a voice over actress living in a country that is still catching up in gender equality.

Of course we can’t help cry foul over the injustice of losing a job because of a shirt and a Tweet. What is more disconcerting is that Jayeon was “willing to take responsibility if she did anything wrong.”  Quite ironic for a voice over to lose her own voice.

Though it is not everyday that a voice over actor will face a moral dilemma – getting the job or standing behind what you believe in – but it is an issue one may eventually have to face especially in world riddled with concerns on health, diet, religion, political beliefs, racism, equality, morality, and more.

Debbie Grattan – “For the most part, this isn’t a day to day issue for me. But there are instances when I do feel a need to weigh the repercussions, based on my participation, even just lending the VO – which is only a portion of the project. And I feel it’s different being a spokesperson, who’s name and identity can be associated with a particular brand, as opposed to providing VO in a more indirect way (e.g. character scenario within a commercial spot). An instance happened for me just last week, when I agreed to participate in a potentially controversial piece that would be used to lobby for a bill regarding parental choice in vaccinations. This issue was personal for me and my POV was important in choosing whether I would accept the job offer. In fact, the client even asked me about my personal viewpoint, before divulging the POV of the campaign, to assure that I was truly on the same side. But often, even in the political world, depending on the measure or candidate, it’s often not even something I consider when work is offered. Many times, it is in a local area where I wouldn’t be voting on the issue or candidate anyway.”

Mariette Sluyter – “This is a very real issue for me. I walked away from the business for some time in order to get the perspective I felt could help me. I have given up projects that would have meant a financial boost but it is always a tricky balancing act. I have drawn lines that are important to me and continue to weigh the relative harm to the relative good based on my understanding of the situation. (Thanks for the post and bringing up the elephant in the room.)”

Sometimes you can’t help think how lucky the likes of celebrity voice talent/actor Morgan Freeman; he can choose to be the voice behind one the biggest campaigns in the United States at the moment and not worry about any future work repercussions. While a young voice over actress in South Korea can’t even wear a feminist shirt without worrying about losing her livelihood.

What do you do to get your real voice heard? Have you ever taken or refused a job that contradicts your principles or beliefs?