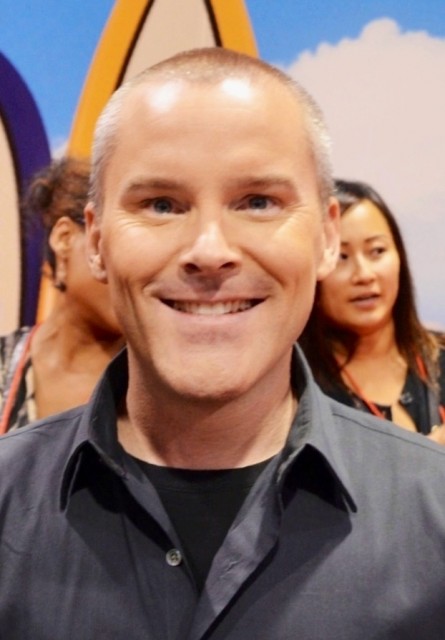 He is Chris Redfield of the Resident Evil series, Ezio Auditore da Firenze of the Assassin’s Creed games.  He is the all-American hero Steve Rogers/Captain America in Ultimate Spider-Man, the series Avengers Assemble, and Iron Man & Captain America: Heroes United. He is also Batman in the Batman: Arkham Origins and Batman: Arkham Origins Blackgate video games.  Roger Craig Smith’s voice epitomises toughness and strength – the all-around protagonist.  But success wasn’t served in a silver platter to this “self-described hustler”, he did it the time-tested, old fashion way – hard work!

In an interview with Abigail Elise of IBtimes the Sonic Hedgehog voice actor did not only share his thoughts about the industry, his experience and advice, but also threw in some reality check to voice actors.

Here are some of things we picked up from one of the industry’s most recognised animation and video game voice actors.

A Lesson in Improvisation

We had no director from the company, no script supervisor, just me and the engineer. The script had been translated literally from two or three different languages by the time it got to us. It was full of random lines like, ‘I am Kim de John of seven homes and two moms’. The engineer and I would look at each other, shrug our shoulders as to what it could mean, then just ‘roll tape.’

The Job is to Audition

It takes time and patience, as there are many factors way out of your control that dictate whether or not you might be right for a role. Just understand that your job is to audition. Approach each audition as the opportunity of a lifetime and then do what it is that you do. No one else is you. You will bring something to the audition that no one else can, hopefully.

Video Game or not to Video Game

The biggest challenge is the toll it takes on your voice, if you also have voice work outside of video games. Games can be long sessions, with a lot of vocally stressful dialogue. Maintaining your vocal health to be at 100% for other clients can be challenging. Every project we work on is the ‘world’s most important project’ to someone involved with the production. Go in and blow your voice out for a video game on Monday morning and you might not be able to work the rest of the week. So, it’s tough sometimes.

There are technologies that are changing for game development, but at this stage, it’s all based solely on performances, as far as voice actors are concerned. You just have to be able to convey an emotional performance through your voice, plain and simple. Until Siri starts getting real good at delivering lines, I think all voice actors are safe… for now.

You’re Not the Greatest Thing to Hit This Industry

Be prepared to face rejection… Understand you’re running your own business, in many ways—the business of you. Be a hard worker, show up early and be professional. You’re a part of a production team and you’re not the greatest thing to hit this industry, as there are a thousand other folks that are talented and would gladly fill the spot you leave.

In the end, if you’ve got the drive, talent and passion to keep at this, it might work out for you. But nothing I’ve said is going to work for anyone until they figure it out for themselves. It’s up to you to go make it happen for yourself.