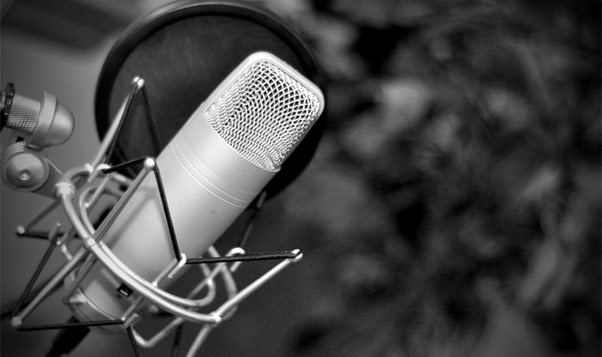 James Alexander Gordon is one of BBC Radio’s iconic voice, known for his Scottish accent and unique style in announcing the football results.

Gordon’s career spanned for 4o years with BBC.  He started reading the classified football results when he was asked by BBC Radio Five Live’s presentation editor to “nip over” to the sports room to announce the results.  And as they say, the rest was history.

Nicknamed as “Jag”, he was famous for his inflections when announcing the results.  He changes his intonation when pronouncing the names of the clubs to indicate whether a match had ended in a home win, away win or draw.  James Alexander Gordon also worked as a freelance voice artist and voiceover.

His passion and love for his work was clearly shown in an old interview with BBC Sport. When asked who he likes to replace him, he quips, “I haven’t a clue.  Personally, I think they have to drag me out of the studio. Screaming.  Just Screaming.”  He announced his retirement last year after being diagnosed with cancer and following his surgery to remove his larynx.

James Alexander Gordon died of cancer on 18th of August, 2014.  He was survived by his wife Julia, son and granddaughters.

Don Pardo joined NBC as an in-house announcer in 1944 and has since been with the network for 60 years.

Pardo, working as the on-duty live announcer for WNBX-TV during the fateful 22nd November, 1963, was the first to announce to NBC viewers of the assassination of John F. Kennedy.

He marked his career in announcing for various game shows for NBC.  Starting as the original voice for The Price is Right before it moved to ABC, then later announced for other popular games shows such as Three on a Match, Winning Streak, and Jackpot!.

Don Pardo, however was best known as the booming voice of Saturday Night Live, delivering the iconic “It’s Saturday Night Live!”  line. He was the long running comedy sketch show’s announcer since it premiered in NBC in 1975.  Even after his retirement from NBC in 2004, he continued to work with the show till their last season’s finale.

Don Pardo was no stranger to being called a Legend.  He recalled in an interview with TV Legend that during on SNL episode, the band leader announced him as “The Legend” which he retorted, “The Living Legend.”  This was of course recognized by the Television Academy by inducting him into the Television Hall of Fame in 2010.

The long time NBC announcer died yesterday (18th of August) in his sleep.  He was 96.