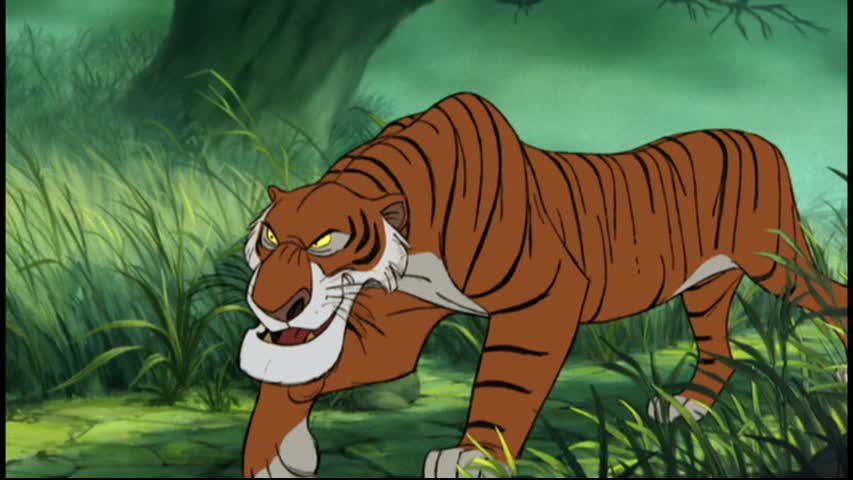 And the rivalry between the two Jungle Book movies continues.

Almost three weeks after Disney announced their stellar voice cast for the remake of the 1967 animation Disney hit The Jungle Book, Warner Bros announced the first actor to join their own movie adaptation of Rudyard Kipling’s collection of stories.  Benedict Cumberbatch, English actor and voice artist is slated to voice Shere Khan, the arrogant, man-eating tiger and nemesis of the boy Mowgli.

The character was originally voiced by George Sanders in the 1967 movie and in the next two versions; two UK television detectives will give character to the villainous tiger.  Sherlock’s Benedict Cumberbatch will be pitted against Idris Elba, who plays Detective John Luther in the BBC One series Luther, was cast to voice for Disney’s Shere Khan.  It is exciting to think how things will be played out with Elba’s baritone voice against Cumberbatch’s voice which was once described by Times as “like a jaguar hiding in a cello.” A very apt description for this occasion.

Benedict Cumberbatch, was made famous for starring in BBC/PBS television series Sherlock and as Khan in Star Trek Into Darkness.  He has done several film and theatre roles and is no stranger to voice roles either.  He recently did voice and motion capture for Smaug/Necromancer in The Hobbit.  Cumberbatch has also done numerous productions for BBC Radio and documentary narrations.

Incidentally, WB’s Jungle Book:  Origins will be directed by another famous voice and performance capture actor, Andy Serkis.  Andy Serkis is much lauded for his work as Gollum in the Lord of the Rings and The Hobbit trilogies; and more recently for playing Caeser in the Planet of the Apes movies.   Jungle Book:  Origins is his directorial debut, however he played double duties in the set of The Hobbit; on-screen as Gollum and off-set as Peter Jackson’s second unit Director.

It is exciting times for the voice industry as we await for more news as to who will complete WB’s ensemble.  It may be hard to compete with Disney’s all-star cast that includes Scarlett Johansson, Bill Murray, Christopher Walken, Ben Kingsley and Lupita Nyong’o.  But securing Benedict Cumberbatch to lead the pack, we can look forward to a very compelling cast.