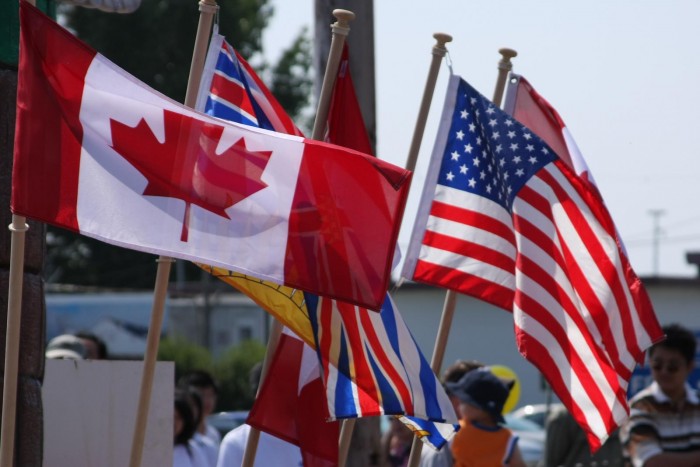 What is it like working overseas as a voice actor. Imagine living in China and having an American accent, or Living in Australia with a British Accent. There would certainly be some hurdles to jump. But thanks to the internet and a connected world, finding voice over jobs that are suited to you should be a little easier. Mike Broderick is an American voice actor that has resided in the United Kingdom for nearly 10 years and has blogged about his experience.

I am keenly aware of the well-known quotation, variously attributed to George Bernard Shaw or Winston Churchill, that: “England and America are two countries divided by a common language.”

In my professional writing I have had to remember that here it is “programme” and not “program”; “centre” not center”; “neighbour,” not “neighbor”; “recognise,” not “recognize”.

While this has become somewhat routine for me, and while other issues are trickier (Is it: “The team has won,” or “The team have won,” for example), I remain a Yank with a great fondness for the letter Z (or ‘Zed’ as they say here) and a parsimonious attitude to the letter U.

So it came as something of a surprise when I was finalising my business website (www.mikebroderickvoiceover.com) and found myself asking the question: ‘Should I use British or American English?’

I’d done all the hard work – researching the voice-over industry and the craft, joining a weekly work-out group, recording a professional demo, hiring a coach/mentor, and working with a web designer to design a clean, professional site – only to ask myself, when proofreading my bio, whether my Tufts University degrees were earned with “honors” or “honours”.

Ultimately I decided “When in Rome…,” and settled on using British English and spellings on my website. I reasoned that England is my current home and that my initial client base is likely to be British and not necessarily American (although I expect to have clients in the States and all over the world). In the meantime, I hope that my American friends and compatriots will understand.

Thinking of all of this raised some other language issues facing the global voice-over artist, such as:

The Problem of Pronunciation

For a voice-over artist sitting in their home studio anywhere in the world, indigenous pronunciations pose a potential problem: A voice actor in America recording an audition for a radio commercial for “Chiswick Tyre and MOT Centre” might struggle to land the job if they pronounce that silent W or read MOT as a single word rather than the letters M-O-T.

And the problem isn’t limited to pronunciations internationally. I grew up in Holyoke, Massachusetts, 45 miles west of Worcester (which we correctly pronounced as “Wuusster,” but which other Americans sometimes wrongly pronounce as “Wor-Sess-Ter”).

Even the pronunciation of Holyoke, my hometown, isn’t simple. Most people would read it as “Holy-Oak,” but we call it: Hol-Yoke (like “Whole-Yolk”).

Or what about Louisville, Kentucky – birthplace of both Muhammad Ali and also the famous “Louisville Slugger” baseball bat?

All my life I’ve pronounced it “Louis-ville” (as in the Louis of Louis the XIV), but apparently local residents pronounce it like something closer to “Lou-a-ville”.

At this point, one might ask: “Does it matter?” Simply put, “yes.” The essence of a successful voice-over performance is providing a read that is authentic, real, and true. Nothing will “cock it up” or “drop a clanger,” as they say here in England, more than mispronouncing the name of the client, product, or geographic location in a voice-over.

So what should the voice-over artist or actor do?

When breaking down the copy prior to an audition or read, look for any words or phrases that seem unfamiliar – paying particular attention to the name of the client, product, or geographic location, as well as any technical terms or jargon specific to the voice-over.

When directing yourself, look for any written direction regarding pronunciation that may be provided. If none is available and you have the opportunity to do so, turn to online dictionaries like Merriam-Webster (www.merriam-webster.com), Collins (www.collinsdictionary.com/dictionary/english), both of which are free to search, or the Oxford English Dictionary (www.oed.com), which charges a subscription fee. Collins also provides a look up feature where you can choose either British or American English.

Online dictionaries, as opposed to hard backs, will enable you to listen to the correct audio pronunciation of a word.

Alternatively, look to Google, YouTube, Wikipedia (which sometimes has audio pronunciations of geographic names), client or company websites, internet radio stations, or even consider phoning the local Chamber of Commerce.

If you are being directed, and it’s possible to do so politely and professionally, don’t be afraid to ask for further guidance regarding the pronunciation and/or use of unfamiliar words and phrases.

The Issue of Idioms and Colloquial Phrases

Idioms and colloquial phrases help bring any language to life. As such, they may turn up in a commercial read.

Here in England there is a whole scheme of English phrasing known as Cockney Rhyming Slang, which was developed and is still used by people from the East End of London.

I’ve learned quite a bit of it from my Father-in-Law who regularly looks for stuff in his “Sky” (Sky Rocket = Pocket), goes out to the “Jam Jar” (car) or looks for the “Dog and Bone” (phone). (The non-rhyming word is used to signify the object, so an example of the correct usage would be: “Man, my “plates” are hurting,” where “plates of meat” = feet.)

While many idioms are the same on both sides of the Pond, I doubt that many Britons have heard the phrase “lickety-split” (really fast) or that many Americans have ever heard “My stomach thinks my throat’s been cut” (I’m starving/really hungry).

To better understand the context of a voice-over script or the motivation of your character when an unfamiliar idiom or phrase is used, turn to Google or other search engines. Cross-reference several results to determine whether the information is likely to be correct.

If you’re likely to be doing several voice-overs for clients in a foreign country or in a technical subject with a lot of jargon invest in a trip to your local library or bookstore.

One last tip: To be “down with the kids” and know the latest street lingo and jargon, I often turn to Urban Dictionary (www.urbandictionary.com). Like most things on the web, I treat what I learn there with a grain of salt, but it helps give me a clue.

So if you don’t know your twerking from your selfie (And how could you not?), turn there first.

Now I’m thinking about “Catching some zzzzz’s” (or should that be Zed’s?).

This article was originally published on Mike Broderick’s blog.

Mike Broderick is a native of Holyoke, Massachusetts USA and is the eldest of five siblings. He is a graduate of Tufts University with Bachelor of Arts degrees (with honours) in English and Classical Studies. He also attended graduate school at the University of Texas at Austin where he studied Public Affairs and Asian Studies.