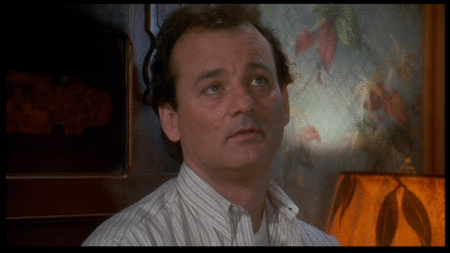 Actor Bill Murray is best known for his comedic performances on Saturday Night Live and in the films Ghostbusters and the most recent 2012 Moonrise Kingdom, but he has also spawned dramatic roles such as the 2003 movie Lost in Translation. While Murray’s on screen appearances are watch worthy, it was his oversight with a couple of writers, for a cartoon voiceover, that would provide a wonderful career opportunity.

His 2004 voiceover work for the lead character for the Garfield movie was a blunder.  Murray had mistaken the writers for the cartoon when he first read the script. He initially thought a well-known writer Joel Coen, of the famous Coen brothers was responsible for the cartoon dialogue but the actual writer was a relatively unknown named Joel Coen.

Murray shared the story of the mistaken writers when he took part in the ‘Ask Me Anything’ Reddit Q&A session over a week ago. The 63 year-old actor told audience attendees that being cast as the comic-book cat was a misunderstanding on his part, admitting that he did not finish reading the script because of being presumptuous that Coen was the writer. He said he realized the difference in the quality of the script when he began doing voiceover for the cat in the studio; it was just not what he “expected.”

Murray began “working with the script,” and decided to re-record lines that he knew he could bring more comedic life to.  Infusing his personality, Murray “cursed a little,” as he convinced himself that he could fix the dialogue he was reading from as he wondered to himself, “who had written this stuff?” That is when he found out that he had mistaken established writer Coen with new writer Cohen.

Who knew a haphazard error and tweaking an already written script would lead to revenue success for both the movie Garfield and the voiceover actor Murray.  Voiceover artists can delight in this story and not take themselves so seriously because their best work could just happen by mistake.