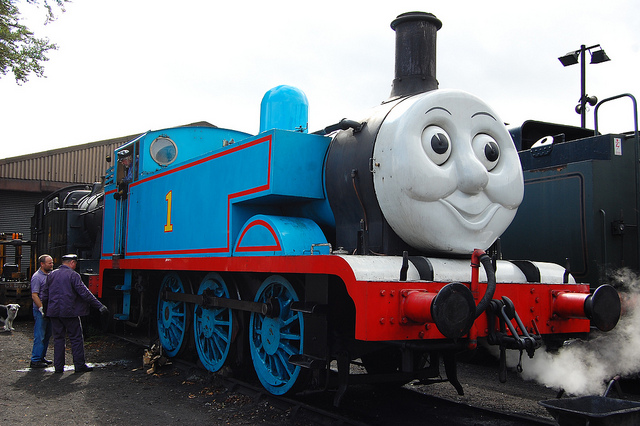 Martin T Sherman who voices Thomas the Tank Engine in the U.S. is leaving the show amid a dispute. Sherman said that they just don’t pay very well.

“For the last five years it has been my great honour and pleasure to create the American voices of Thomas the Tank Engine and Percy. Unfortunately, I must now quit the show,” Sherman wrote. “It is embarrassing but the reason is that they are paying a very low wage. The terms they are offering are so poor, and this with the immense success of Thomas, that the only right thing for me to do is walk away.I have felt exploited for a while now I believe it is important to move on from a situation if you are not valued.”

Sherman pointed to the disparity between his pay, which he described as “a small percentage” of what he would be getting if he had a US Screen Actor’s Guild contract, and the amount of money that the show makes every year for the company, an estimated $250m. He said that the pay they had offered him was “a quantum leap” below Screen Actors Guild rates; only just enough money to live on.