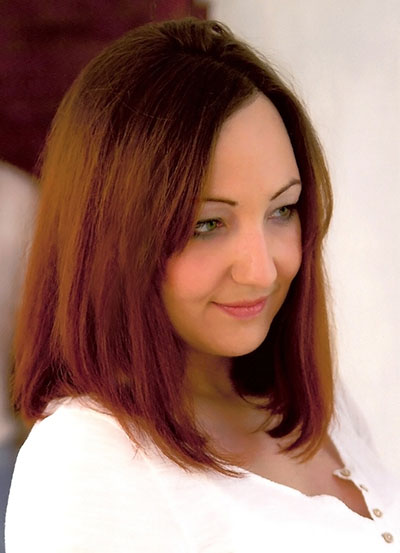 Being a bilingual voice actor certainly has it’s advantages. Of course, it’s an industry where you need something, no, anything to stand out from the crowd. Having worked in media for several years, Vivienne Pettitt’s voice over career began in radio, where she was asked to voice a few advertising spots – and so the voice over seed was planted!

She has an articulate and versatile voice, and delivery styles include young and fresh, to more serious and sultry moods.

Pettitt is half Spanish and spent 15 years in Spain before returning to her native UK in 2011.

Voice Over Herald caught up with this vibrant voice actress in her London professional home recording studio to find out her secret to success, along with some fluff-ups along the way.

How did you start out your career?

Mine was an unusual and unexpected route into VO. My career really began when I was living in Spain, working as a newspaper sub editor at the time. My partner is a graphic designer and was working on a media package for a client, and he wanted to try my voice for the radio ads. It worked well, and things just blossomed from there. I have always been a bit of a frustrated drama queen so of course I loved it! Our return to the UK a couple of years later proved the perfect opportunity to concentrate on voicing full time.

What was the biggest mistake you made?

This is a tricky one as there have been a few! Although the biggest I can think of is managing to send a raw and unedited file to a client – instead of the final edit. It was a solo session, just me on my own in the booth. Delivery would be to the client at a later time, and somehow I managed to send out a file with the wonderful sounds of doors slamming, me huffing and puffing, and… a few swear words thrown in there too! Luckily it was a client I still work with today, so he couldn’t have been too offended|! We laughed about it at the time, but it could have been a much worse scenario!

What’s the best bit of advice you ever learnt and still use to this day?

Be true to yourself. It’s a terrible cliche, I know, but it’s always relevant. Don’t agree to do a job that you are not comfortable with or don’t believe you can do well, as this will show in your delivery. You will waste your time and your client’s time. I’m not saying don’t try new things, as I would say always try new things, but go with your heart and with what feels right.

Where do most of your voice over jobs come from?

Over the years I have been lucky enough to build great relationships with my clients, and I am fortunate to have regular gigs coming in from them. I am a member of a few online VO platforms too, which keep me busy. I also get quite a bit work from visitors to my website.

What’s the biggest change you’ve see in the industry in the past year?

Possibly not just down to the past year but certainly in recent times is the change in technology – or at least the accessibility if it. Acoustics and know-how still count for a lot of course, but sound quality from digital software can be amazing which in turn enables many VOs to work from a studio set-up at home or on the move with a laptop at a reasonably low set up cost. The digital boom has definitely meant an increase in popularity for the VO scene. Many VOs are blogging about it now too, so people who are not in the industry have access to much more information about it.

If someone had no idea about the voice over industry, what do you think would be the biggest eye opener if you explained to them what you do?

I can only speak for myself on this one, but it would definitely be the long hours! At the moment I have a young child, so it’s not easy for me to turn up to a gig at the drop of a hat, and waltz away after I’ve finished voicing. So I’m doing almost everything from my home studio – all the soundie and techie stuff I deal with myself. All the editing of files, sorting levels and making everything perfect is also down to me. This, on top of making sure the delivery of the script is spot on. I don’t think people realise how much time and effort goes into making a voice over sound great!

What’s one thing you would love to change about the industry?

Wow, this is a really tricky one… probably an understanding from some of the discount hunters out there that a minute of my audio doesn’t actually take one minute to produce!

Pettitt is now based in her native UK, in the beautiful historic spa town of Buxton in the Peak District, where she works from her home studio.

Where do most of your voiceover jobs come from? Previous clients, online sources, agents? Let us know in the comments below.