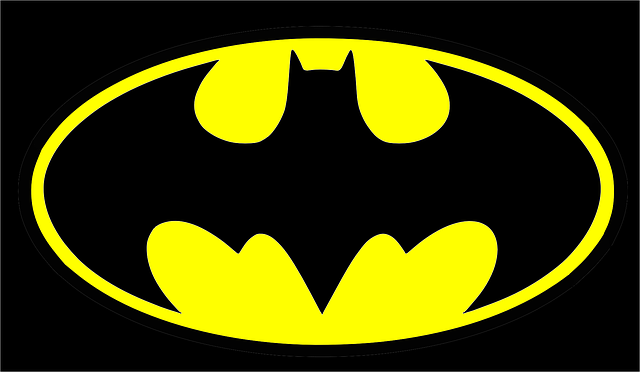 Will the real Batman please stand up!

With all the hype on Batman v Superman: Dawn of Justice, and most of Batman fans still not sold on the thought that Ben Affleck is the next Caped Crusader, people as early as now are eagerly awaiting to see how Affleck will stack up to not just his movie predecessors but also against iconic animation and game counterparts.

Lucky for us, YouTuber TheGenerationWest made it easy for us in the voice department.  Here is a rundown of personalities who has played Batman in animation series and movies, and video games.

Adam is best known for his title role in the 1960’s live-action Batman television series.  He would later on voice the character in the following series:  The New Adventures of Batman, The Batman/Tarzan Adventure Hour, Tarzan and the Super 7, Super Friends: The Legendary Super Powers Show and The Super Powers Team: Galactic Guardian.

Kevin is the most iconic Batman voice of all time.  Batman fans in the last 2 decades hold Kevin’s voice acting as the standard of all Batman voices to follow.  Majority of his work, both in television and movies, are of playing the role of Batman.  He started in the early 1990’s in the Batman: The Animated Series. The New Batman Adventures, Batman Beyond, Justice League and most recently in a couple of TV shorts Batman: Strange Days and Batman Beyond.  Kevin has done animated film versions of his role since 1993 with Batman: Mask of the Phantasm till the latest Batman: Assault on Arkham released this year.  He has also done several video game voiceover, with one scheduled for release in 2015 Batman: Arkham Knight.

Will portrays several voice characters in various Batman series, but eventually played the title role from 1999 to 2001 in Batman Beyond.

Rino played a minor role in Batman Beyond, but would later on play Batman himself for four years in Warner Bros. animation series The Batman.

Christian Bale
Apart from playing the most memorable live-action Batman to date for the Dark Knight Trilogy, Christian Bale also lent his voice the to the Batman Begins video game released in 2005.

Jeremy of the Suburgatory television series also played Batman in the Justice League: The New Frontier in the 2008 film.

The comedian Diedrich had a bit of a long lived role playing Batman from from 2008 till 2011.  He has also played various villain roles in Batman Beyond, The Zeta Project and The Batman.

Michael both plays Bruce Wayne and Alfred in the Batman Black and White in 2008, based on the DC comic book of the same title.

Kirk plays a Batman with a Russian accent in Superman Red Son in 2009.

William was actually shortlisted to play the live-action Batman for Batman Forever, however lost out on Val Kilmer.  He finally got to play the Caped Crusader in the Justice League: Crisis on Two Earths, a loose adaptation of Grant Morrison’s JLA: Earth 2 story in 2010.

Daran of the Veronica Mars series plays Batman in the TV short DC Super Friends in 2010.

Bruce, best know for his US President’s roles in Thirteen Days and National Treasure: Book of Secrets also played Batman in Batman: Under the Red Hood and Young Justice.

Ben who now plays James Gordon in the new series Gotham at one point played Batman in the animation film Batman:  Year One back in 2011.

Troy was the Joker in the Batman: Arkham Origins, but got to voice the Dark Knight in the Lego Batman 2 & 3.

Kevin of Grey’s Anatomy also played the Batman role in the animation film Justice League: The Flashpoint Paradox in 2013.

Anthony, a movie and television actor voiced Batman in the short lived series Beware The Batman in 2013.

Jason of Terra Nova and Vegas television series has been cast to play Batman in the The DC Universe Animated Original Movies.  He has played the role in the Justice League: War and Son of Batman and is slated to do several more films, including Justice League: Throne of Atlantis.

Will of course lent his deep voice to bring character to Batman in The Lego Movie shown earlier this year.

Whew!  Quite a long list!  It’s a tough act to follow specially with the likes of Olan Soule, Adam West, and Kevin Conroy leading the pack.  Others on the list are more successful than some – so it is right to say that having a deep, dark, gravely voice does not make a Batman – it is the voice that instills fear and intimidation that makes the Dark Knight.  Alas, not all of them can pull it off.

Whether from movies, television or video games, who is your real Batman voice?  Do you think Ben Affleck has the chops to make it to your top list?