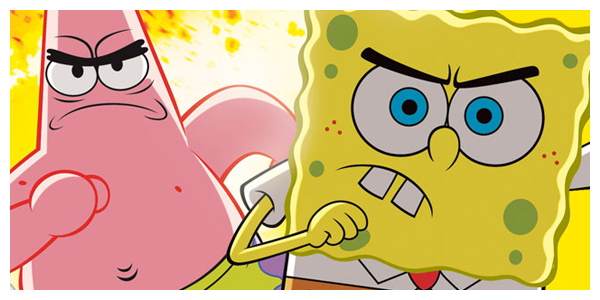 We have heard Pee-Wee Herman redub the Avengers’ trailer, and Ice-T put his own spin on your favourite cartoon, but this latest redub is one for the books.

Who would have thought that the BOB in SpongeBob stands for Robert… and not just any Robert, it’s the Robert De Niro!

SpongeBob is such a nice guy (and so is Tom Kenny, the actor who lends his voice to Bikini Bottom’s star) that it is so hard to imagine him playing the tough guy… try as he might. Let’s see how he does borrowing De NIro’s menacing look and tough guy script. For sure there are no rainbows here.

The bonus… you can see how Tom Kenny makes SpongeBob’s iconic laugh… baaaaahahaaaaHAha!