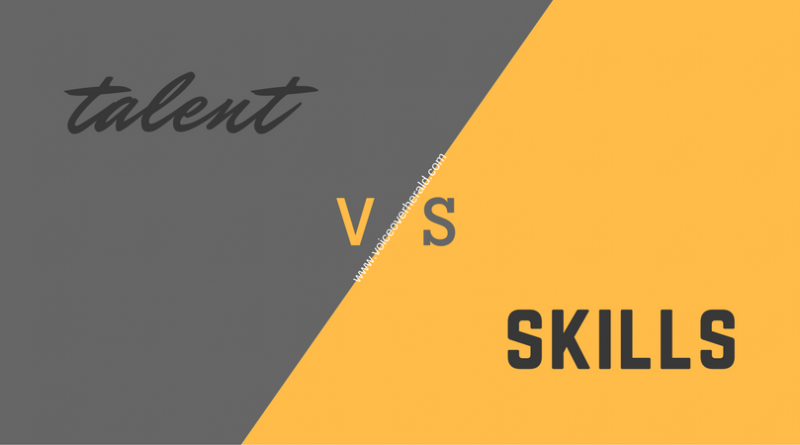 If you can learn it, it’s a skill.

If it is innate, then it’s a talent.

A person is said to be talented when they seem to possess certain intuition or brilliance in their creative field. But the thing is talent is overrated.

Even Wolfgang Mozart, who is said to be proof of natural talent, gifted since birth, was successful at a young age not because of his “inborn” abilities, but because of his focused training and practice.  As a child prodigy, he started playing at the age of 4, performed in front of an audience at 7, but only gained true prominence and high regard when he was 14 years old – a good 10 years of practice!

It rings true in any creative field, even with voice overs artists. No voice over talent can claim that they were born with a “golden voice” or has the “voice of god” at a young age. Don LaFontaine and June Foray, voice over legends, only gained recognition in the industry after many years of working in radio, movies and television. Even Morgan Freeman, considered the most recognizable voice of our time, and the current epitome of “voice of god” would not admit that his talent is in born, but would attest to developing his iconic voice after years of learning.

So if it is not TALENT, then what separate successful performers from the rest of the crowd?

Many voice over talents entered the industry because they were told they have a voice made for radio However, many may attempt to make a career out of it, but only a few stay on and become successful, as it takes more than just a great voice to be successful – you need to be a skilled voice over talent as well.

To be a successful voice over artist, one should learn various skills – manipulating your voice through changes in tone, style, pace and intonation; have the ability to make every script believable; develop skills in acting and timing; ability to listen well and take direction, and so much more. And these skills are not learnt overnight, but through years of preparation and persistent training.

The notion that you have to have the natural talent in order to excel is a myth, it is the skills that you learn, develop and improve all throughout your career that will spell the difference in your success or failure.

You may have heard of the 10,000 – hour rule of practice in order to reach meaningful success in your career, however it is not just the amount of time that you put into it – to be a skilled voice over, you need to invest on the quality of that practice time. The real main predictor of your success is deliberate practice.

Here are the key elements to having deliberate practice in order to continuously improve your voice over skills:

What particular skill did you learn in your voice over career that contributed the most to your success as an artist?