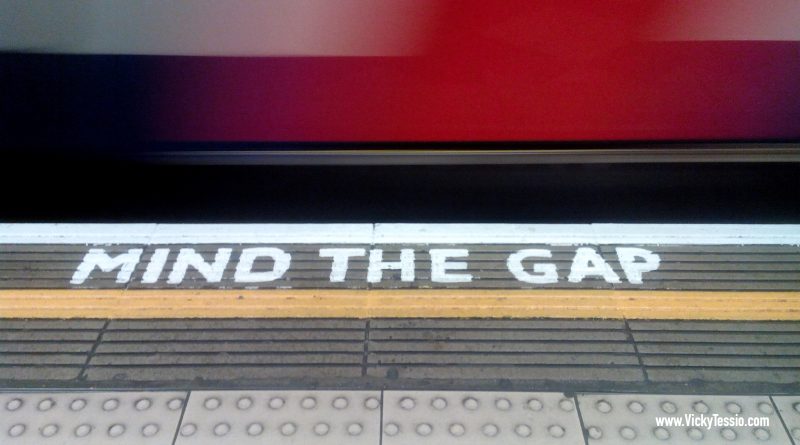 On April 15th 2016, Phil Sayer, whose voice echoes the famous “Mind the gap!” alerting passengers of the gap between the car and the platform at London underground, has died of cancer at the age of 62. “Phil Sayer -the voice of  reason, radio and  railways. A dearly loved husband, father, grandfather, brother, uncle and friend. We are deeply sad to inform you that this service ends here”, wrote on her Facebook page his wife and  voice over Elinor Hamilton, who announced the death of her husband, broadcaster of the BBC during the 80s, before the couple formed their own company of voice over and dubbing.

The news on the death of Phil Sayer come to me just when I am finishing a new entry for my blog that happens to be precisely about the history of the broadcaster whose voice was replaced by Mr. Sayer! He also had a great woman as his partner that has made  possible to his name to be known and recognized around the world. I will tell you about that up next.

Serve these lines as a tribute to them, to their passion, their lifes and their voices. Voices that accompany us every day in our own lives.

Almost the whole Spanish media obviated his name. For them, it was only “the voice over’s widow”. However, Dr. Margaret McCollum is the protagonist of the story that allowed us to name a voice, the one of the British actor Oswald Laurence.

Margaret met her future husband later in 1992, during a trip to Morocco. The actor, by then already retired, besides being part of several films and TV series, he had recorded for the London subway one of the most heard phrases in the city or at least under it: “Mind the gap” literally “Be careful with the hole”, or more extensively as reads the Madrid’s metro loudspeaker: “Be careful to not to introduce the foot between car and platform.”

Mr. Laurence’s voice came ringing in the famous London tube since the late ’70s, adding it to the old recordings made at Redan Recorders in Bayswater by engineer Peter Lodge with an AEG Telefunken equipment.

But over time, new technologies arrived and new ways to say and communicate. Laurence’s voice was being gradually replaced by new digitized records with voices considered more appropriate and familiar, chosen after rigorous castings, such as Phil Sayer or Emma Clark.

And from being heard throughout the Northern Line, it came to be used only in Embankment, a station that Dr. McCollum often used to go to, being near the couple’s place.

In fact, when Mr. Laurence died in 2007, Embankment became the only place in which his voice was warning passengers. The station that Margaret used to go to sit on a bench and wait for a new train to hear the voice that had been her companion for fifteen years.

And so it was, until the end of 2012 the recording starring Laurence Oswald was also replaced by a new one, and his voice finally disappeared from the London underground. A desolate Margaret contacted TfL (Transport for London), to try to get a copy of that recording made over forty years. Touched by her story, the TfL not only located the record and recorded it on CD for Margaret to keep it, but has returned the original voice of the actor to the Embankment’s loudspeaker. Warning as mere instruction for most, but with a very personal meaning for Dr. McCollum and for all of those who, thanks to her, know the history of this voice in the crowd.

A story that not only jumped to the media but also has been collected in several short films, such as those directed by Norah Staff and Luke Flanagan.

“Mind the gap” became for Madrid’ underground users, as we mentioned, the most extensive: “When you leave, be careful to not to introduce the foot between car and platform”, which sounds when cars are approaching a station curve. As you can read on the website of RTVE: “since there is a megaphone in the Madrid’s metro, María Jesús Álvarez is the one that indicates the arrival to each of the stations. However behind the speaker, her voice hides a life dedicated to the radio, especially in Radio Nacional, where she spent forty years.” Interestingly María Jesús name also jumped to the pages of newspapers precisely because her voice in the underground, or to be more specific, by a misuse of it.

On 2000, when Manu Chao published in Europe his second solo album, “Próxima Estación: Esperanza” that featured the voices of María Jesús Álvarez and voice actor Javier Datú, on a recording obtained at the mentioned Madrid tube station. Manu Chao did not contact them and used their voices without permission. Both voice overs sued the singer, to Virgin France as a distributor and Radio Bemba as the producer and editor, for infringement of intellectual property rights, getting justice ruled in their favor some years later.

Few people knew their names, as so many other voices that are part of our daily life: the voice of the call center, of the vending machine, the gas supplier, the GPS… I remember when one of my first clients as voice over (also co-microphone) Sergio Huéscar, wrote to tell me that he had just bought a car, and that my voice had appeared in the hands-free device: Uconnect – “There is no way to disconnect from work!” told me joking in a wink of confidence and affection.

Life works in mysterious ways, the recording I did for a bus network a few years ago (the Seville TUSSAM), happened to be the beginning of the path that I still go through today. Although I did not know it then. I did not know it would leave the radio shortly after and begin a new path to become an online voice over.

But that is another story and shall be told another time… 🙂