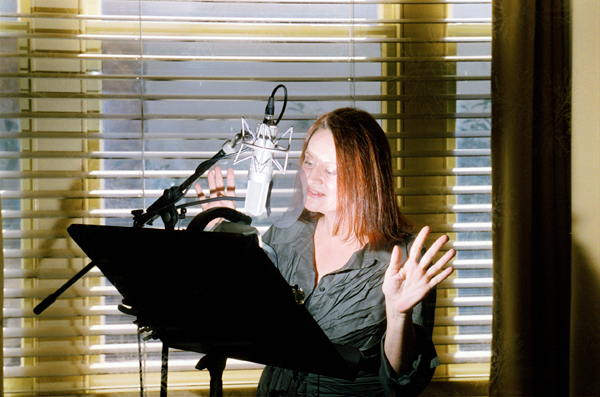 The voice over industry operates very differently depending on which country you are in. For example, in the USA voice actors are used to auditioning against hundreds of other talent to try and land the gig. In the UK professional agencies handle a majority of the work, and the P2P type sites that are flooding the US market haven’t really taken off there.

And then you have Australia. A voice over actors paradise. The talent pool is so small that for many voice actors, it is their sole income. Rates are set, you don’t need to be in the union to be remunerated correctly. Contracts are a rarity (much more of a hand-shake down under).

And get this…. you get paid for auditions. Yes, mass cattle calls are almost unheard of.

Voice Over Herald caught up with VO Coach Abbe Holmes about the industry in Australia. You might want to start working on that Aussie accent and start planning on heading south.

In the United States most voice actors need to attend countless auditions to find work. How does the industry differ in Australia?

We rarely audition in the same way as they do in the US. For mainstream work, TV, radio and Corporate (Industrials) the casting process works in two ways.

If a client is looking for a particular voice, they’ll often ask the studio they’re using to submit a selection of suitable voices, based on the job brief. Usually the studio will have on their system, everyone’s demo. They then either send the whole demo or grab a particular voice sample from the demo which fits the brief and send that.

Sometimes, the client, agency or producer, will call one of the high profile voice agents and ask for suggestions, or they may search the agent website themselves for what they’re looking for.

We don’t actually audition here. The voice demo and of course reputation is usually how a voice actor gets work.

This is what happens when a client is trying to find the right voice.

If, after hearing several examples of demos, the client can’t choose between several voices, they will invite the voice actor to the studio to record a submission. This is paid, currently $175. Lucky us! The submission is, of course an opportunity to build a relationship with both the producer and the engineer or studio.

Is it imperative to have a voice over agent in a big city like Sydney or Melbourne to have a chance at getting any of the ‘big jobs’?

You don’t have to have an agent to get work, although there are studios in Sydney that only deal with reputable agents. As long as you have a quality demo and you know what you’re doing, you could be considered for a job.

To get the momentum going on your voiceover career, you do need to be across your personal marketing. There’s no point getting the coaching, working out where you’d fit, sourcing great scripts, making a demo and sending it out…and then just waiting…hoping a job will come your way.

Those I’ve witnessed having the most success are those who are like a ‘dog with a bone’. They never stop refining and perfecting their skills, devising clever ways to get their demo heard.

When you’re just starting out, after sending the demo initially, a revamped demo is a great excuse for making contact with anyone. You can even send a single track to a studio you feel might be looking for your talent.

I say to newbies, that they need to do this at least every 3-6 months, updating it with good work you’ve recorded or other material you think is missing from your demo that could get you work.

[pullquote_right](PDF FILE) VOICE OVER RATE CARD IN AUSTRALIA – Interestingly, rates continue to rise there. In 2011 they were bumped up by 10%[/pullquote_right]

How hard is it for newcomers to break into the industry in Australia?

Voiceover is never easy to break into. I think that’s the same the world over. It takes talent, tenacity and timing. However, the industry is always looking for someone new and fresh, with something different to offer.

You do have to know what you’re doing though. I get many demos sent to me that would never get that person a job, even though they have the potential to.

That’s why finding a good voiceover coach is so important. You need to make sure that the coach is someone who’s actually working in the industry as a producer or a voice actor.

You are a voice over coach, what is the biggest misconception that students have about working in voice overs?

This is a great question and an easy one to answer really.

The biggest misconception students have is that it’s all about their voice. It’s not! It’s about the advertisers intention, who you’re talking to, what the message is, what the key words and phrases are…and then how to use that language to convince whoever you’re talking to, do what you want…and all to time!

You may not need a university degree to work in voiceover but you do need to understand the complex set of skills that are the difference between someone who really gets that this is the skills of convincing communication.

Is there much of a need for American or British voice talent down under?

Just as in many markets, the actor from the City where the work is being performed gets preference in voice casting. That’s because advertising targets consumers in those locations. However, we hear US and European voices (especially in television and in cinema) often.

I feel that in the future voice casting will become much more a global proposition, with the voice being cast because it suits the concept or brand, not because they live in the City where it’s being produced.

And just on the future of the industry, what’s your prediction for the next 5 years?

My feeling is that more and more the home studio will become a great source of work for voice actors. To make that work, they need to become expert at self-production.

Also there’s a lot of time and expense involved in recording quality tracks from a home studio. I would hope that voice over rates and fees are commensurate with that additional skill.

I believe the digital world will explode the way we advertise and share information. Voice actors continue to be the messengers. And why not, we’re brilliant at it.

Abbe Holmes is a professional Australian voice actor and voice over coach based in Melbourne, Australia.