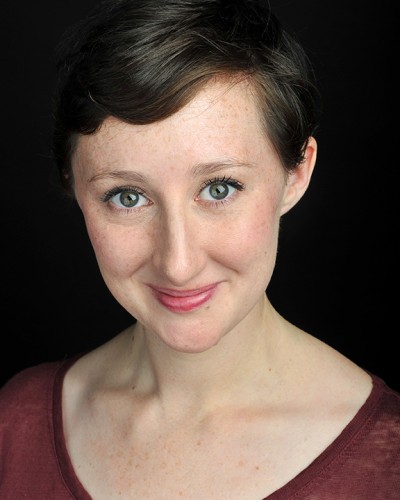 The Irish accent is one of the most beloved. Even sexy! Check this CNN poll from 2012, it came in at number 6. And then there’s The Telegraph that reported a survey that puts it at the top of the list.

But how is it being an Irish voice over artist? Is there much work out there internationally? Do they get sick of people asking them to test if the microphone is on by saying ‘to be sure to be sure’?

One Irishwoman who stands out in a Google + or LinkedIn crowd is Nicola Redman. She penned this article about ‘Life as an Irish VO’ exclusively for Voice Over Herald.

Hello there. My names Nicola Redman. And I’m a Voice Actor. Not just any Voice Actor. An Irish one. Northern Irish in fact. There I said it. Phew, feels good. Yes, I spend a large part of my time in dimly lit padded rooms talking to myself. And you know what? It’s grand craic*.

*That’s an Irish term for ‘fun’ or ‘banter’, pronounced ‘crack’. It is especially funny when my father uses it incorrectly and asks people “How’s your craic?” That occurrence in itself is ‘good craic’.

Anyway, it’s a funny life really. I wasn’t always paid to talk to myself. I trained as an actor, delved into the West End of London and, with varying degrees of success, working as a real life actor. Gilbert and Sullivan? No. A comedy musical version of the cult classic ‘Silence of the Lambs’ in a basement? Yes. Shakespeare? No. A contemporary dance version of Sondheim’s masterpiece ‘Company’ where I did a dance symbolising the coitus of two of the primary characters in a charity shop dress? Yes. Auditions for The National Theatre? No. Accidentally auditioning for a porn film? Well, you get the gist. And that is certainly a story for another blog.

On the periphery, having recorded a voice demo on a whim whilst at drama school, voice jobs were sporadically falling into my path. Each time in the booth recording, I loved it and felt very at home. But I wasn’t making much of an effort to find more jobs as I was still wanting to be in musicals, so I was so I was (gentle reminder of the Irish-ness of me…)

A few years, and two acting jobs (involving 72 foot narrowboats and the historic inland waterways of the British isles) later (long story, as were the boats, boom boom) I’d done a bit of research and decided to buy home studio equipment to see if I could push the voice over side of things a bit more. The flexible lifestyle it provided fitted with my new found love of travelling the country performing stand up comedy, hence the joke I made a few lines back? Lols. Deary me, I’m sounding like a nutter here. But another few years on, and with an ever expanding client list, being a voice over artist and voice actor is now my full time job. That’s the journey in a nutshell.

Of course it’s not all chats in to a big furry microphone on your own in your pyjamas! It’s probably not that for most pro voice overs to be honest. It’s running a business. Which takes some getting used to. Lucky, I have a few brains and a calculator on my phone so I muddle along perfectly.

Ah, but the Irish thing though. That’s what’s important here. Well turns out, it’s a flipping great plus for me. In the business they call it a USP, a Unique Selling Point. It’s what’s sets me apart from all the others out there. This is great in many ways. I’ve been pro for a year now and am getting known as the go-to Northern Irish voice for various clients, so long may that continue. My people do have a lovely accent which can be utilised for a myriad of purposes. I do lots of IVR systems, commercial work for TV/radio and corporate narrations, as well a character based voicing.

What many people don’t know is that technically I’m only half Irish. Fraud! I hear you cry. Hold on, I did grow up there, I just happen to have a Lancastrian mother. This has given me an interesting hybrid accent. To most people it’s just a Northern Irish accent. It’s actually much softer than the stereotypical harsh and twangy ‘I’m gonna shute yaouuuuu’ Norn’ Iron dialect most are accustomed to. Unless I need it to be that. And then, don’t cross me! Growing up in a dual-accented household has made me what’s becoming known as bi-dialectal. So I can talk in Irish or Lancastrian to a native standard. It’s like a secret power I can unleash when necessary. Having learned to speak in two differing accents from such a young age I’ve also got a great knack for most accents and character voices. I have an hideously anti-social and, some assume, rude passion for accent and dialect which causes a kind of mimickery Tourette’s in public known as ‘echolalia’ which, incidentally, is what I want to name my first born. Lucky ‘lil guy.

Being Irish is great. And it has certainly helped establish my career as a voice practitioner. My grand plan is to lure people in with the dulcet Irish tones then show theme all the characters I can do to take the gaming and animation world by storm. Baby steps.

For more information, have a gander at my website, www.nicolaredman.com and add a bit of emerald sparkle to your next voice project.