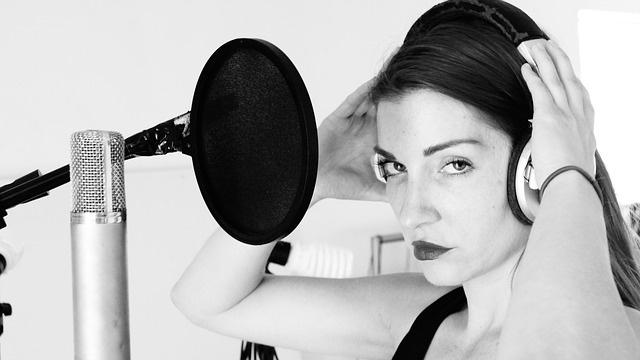 “What we need is media activism. This starts with media literacy education as early as elementary school as well as adults.”  This was once said by Jennifer Pozner, a media critic, about learning to deconstruct stereotypical and offensive messages in reality TV.  This is not just true for reality TV but in all forms of media.  But media activism is not enough to curb the ever present sexism and type-casting in the voice and media industry.  The change should start from the producers and advertisers who have fed the public with a lie that what the audience are currently seeing and hearing, are what they have been demanding.

We left off our previous article with these questions:  Is the dominance of the male gender in the audio and visual media deeply influenced by our culture and our perception of genders in general?  Or is it more of an assumption made by advertisers of what the current audience would like to see and hear?  Can a drastic change by key media players shorten the gender gap?  Let us now attempt to answer.

I would like to believe that the dominance of men in the media industry is no longer influenced by our perception of genders.  Since the 1970’s we have seen so much progress in gender equality, feminism, social movements and civil rights, and any stereotypes that society may have had have already been weakened.  The 80% advantage of men versus the women voiceover artists shown in the study of Mark Pedelty does not reflect the statistics of real life equality.  This percentage is more reflective of the slow uptake of key media players or more likely of their backward perception of their audience’s critical thinking.  The study points out that advertisers and producers now has the choice to whether to continue with what is currently practiced or make a positive change; “to reinforce or challenge sexism when choosing ad voices.”

Pedelty shares Anne Karpf, author of The Human Voice: The Story of a Remarkable Talent, views on her book, noting that “change may have been slow and not always positive.  In the case of advertising, it appears that women are very slowly gaining ground as voiceover artists. However, that progress is minimal compared to the seismic shift that has taken place in other communication professions, such as television news reporting.”  The study suggests that, “If women’s voices are used more often in the future, perhaps female announcers may become more widely accepted, and possibly even preferred, to male voices.”

Let us not dance along with the organ grinder, as female voice over actors you have the choice and the voice.  Don’t be afraid to declare that you too can be STRONG, AUTHORITATIVE, RELIABLE and CONFIDENT.  The best way to fight back is to swim against the tide.

Seen to Be Heard? Gender, Voice, and Body in Television Advertisements