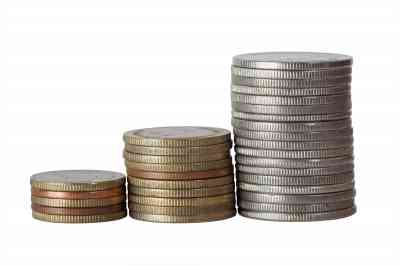 Advertisement spend is a huge global business. An ad originated in New York can effectively attract an international audience as well as foreign ads that crossover to the U.S. drawing in consumers to purchase products.

Burberry is a well-established British brand that houses fashion accessories, fragrances and cosmetic. An example of advertisement spends for a Burberry campaign would be their new fragrance ‘Burberry Brit Rhythm. The commercial stars British models Suki Waterhouse and George Barnett. The voiceover reads: “Burberry Brit Rhythm. The new fragrance for men.” The video below demonstrates an advertiser’s intention to draw in their target audience. Burberry’s advertisement spend attracts the creative, out-on-the-town, young man who likes to smell good and be noticed.

The focus of the advertisement industry is to promote brands to the general public and to attract an interest in what is being developed. Advertisement can be approached in various ways, but is most effective when producing ads paramount to reaching a target audience.

So where does the voice over industry fit in? Voiceover contributes another level to an advertisement campaign and can take an ad from mediocre to notably outstanding when actor uses their voice to attract an audience.

Advertisement spend for brands like Burberry can benefit even more this year with reports that the spend trend for 2014 in the UK has increased to 5.3 per cent to £18.8 bn according to the recent forecast release from Warc. This is an upgrade from 2013 where revenue experienced its highest year-on-year growth in three years. Chief executive, Tim Lefroy of the Advertising Association reported, “Advertising had bounced back to levels witnessed before the recession in 2012.”

LeFroy is not the only one that speaks of continued momentum in the UK. Female British voice Mary Jane Wells has this to say, “There appears to me to be no reason when things slow down; there were opportunities on Xmas day for British VO talent should you want to pursue them. If you are in a full body cast I imagine there are still jobs that are possible to nail, such is the richness of our industry.”

Vivienne Pettite is another British Female Voice that speaks her opinion about advertisement spends and the availability of voiceover work in the UK. “The voice over market place is becoming busier all the time. There is also an increasing demand for different and unique voices. If there is to be an increase in advertising spend in the coming year, in my opinion it is more likely to open doors to new talent, rather than existing talent receiving a bigger piece of the pie. As for how 2014 year will pan out in terms of finances for VOs, my personal experience is that there are no hard and fast rules – every day brings something new in this job, so it’s a difficult thing to gauge. Holidays and sales periods are always busy times of the year for the ad side of things, but there are generally always other things going on throughout the year too, such as eLearning and people needing fresh voice mail greetings, but hey, you just never know! “

The yearly cycle of voice over jobs usually peak around mid- year with a lull in between, it then increases in the lead up to the Christmas holidays.

It appears to be a good time for advertisement spend used in the UK with the increase in spend trend. Advertisers need voiceover artists for numerous campaigns that involve Network TV, Network radio, National spot radio, Internet Radio and Internet audio. Voiceover work is available in the UK if a person is creative in knowing the peak times in which to seek opportunities.