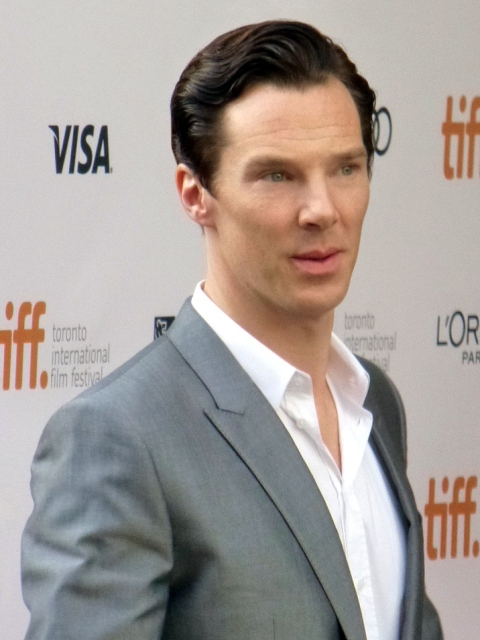 If there is a British actor who is all over the news and all over different forms of entertainment today, that’s Benedict Cumberbatch.  The guy is on a roll!

To start, Madame Tussauds London recently unveiled the Benedict Cumberbatch wax figure.  Having been immortalised with a life-size statue and to join a lineup of a-list stars is a true testament of Cumberbatch skyrocketing success.  Cumberbatch’s wax doppelganger looked“premier” ready, much like in his 58th BFI London Film Festival soft opening attendance.

And speaking of the London film festival, making much noise is Cumberbatch’s movie with Keira Knightley, The Imitation Game.  Cumberbatch plays the role of Alan Turning, a computer scientist credited for his role in breaking Nazi Germany’s Enigma code. The movie has received positive critical reviews and one of the most anticipated movies this coming November.  There is a buzz that Cumberbatch may get his first Oscar nod with this role.  The Imitation Game is set to be released on the 14th November in the UK and on the 21st November for the US.

But what is making the bigger buzz of late is Cumberbatch’s Smaug audition for the The Hobbit trilogy.  With the The Hobbit: The Battle of the Five Armies scheduled for release on 12th of December, producers have shared the Smaug audition tapes of Benedict Cumberbatch.   There you will see Cumberbatch couldn’t help himself “do a bit of action, it just helps with the voice.”  This amazing voice actor gives you chills as he run through his lines.  Co-producer Philippa Boyens was, to say the least, flabbergasted upon hearing Cumberbatch’s “incredible voice.”

There are more things we can look forward to from Benedict Cumberbatch with voice roles for two animated films coming up.  In Penguins of Madagascar he plays the voice role for Classified, a wolf and team leader of the North Wind.  And in Magik, an animated fantasy film, he lends his voice to the lead character, Lewis Clark, an author who stumbles upon a world of magic.  The films will be released November 2014 and Christmas 2015, respectively.

Benedict Cumberbatch is indeed one of hottest ticket in voice and film industry today, showing his acting prowess on and off screen.  Only this year he has done three documentary narrations, a couple of BBC Radio drama playing Rumpole, and yes, a couple of video game voiceovers for Sherlock and Lego: The Hobbit.  Is there anything this guy can’t do?

This just in…Marvel may have finally found Doctor Strange! And you guessed it right – it’s Benedict Cumberbatch!