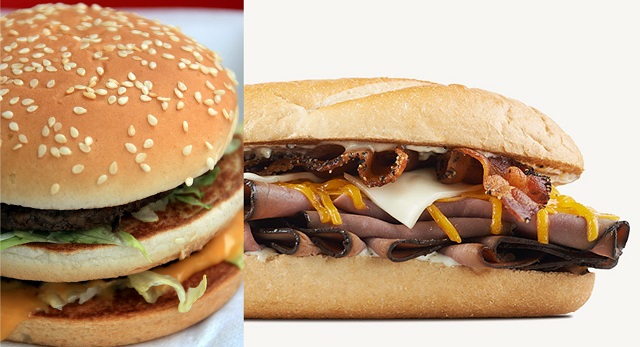 When McDonald’s released their commercial called the “Unapologetic Big Mac” last 2nd of January, netizens took to Twitter and blasted the company for blatantly copying Arby’s “We Have the Meats” series of ads released mid last year.

Visually, both spots were focused on the large chunk of meat with a loud voiceover.  As Huffington Post puts it, they both used the “exact same here-look-at-meat strategy while a man with a loud voice talks over food in their latest commercial.”  Both commercials are also geared towards grabbing the attention on the more finicky Millennial crowd.

Arby’s ditched their “Slicing up Freshness” tagline last year hoping to be more appealing to the younger generation.  Their efforts to refresh their brand and tagline to We Have the Meats were made to attract the Millennials whom they have missed out on as Arby’s customer demographic remains to be the older crowd in the last few decades.

McDonalds had the exact same agenda – win the hearts of the Millennials.  Though they are not changing anytime soon their “I’m lovin it” tagline, they are hoping that through transparency and quality assurance initiatives they will earn more popularity with the 30’s and below group.

One main contention though is the voiceover.  Though the intention and delivery may have some similarities, the voiceover, despite what some Twitter followers believe, are two totally different artists.

(It is confirmed that the voice artist behind the Arby’s commercials is American Actor Ving Rhames of Pulp Fiction and Mission Impossible movie series.)

Though it is never fair to compare, netizens can’t help ask – who did it better?