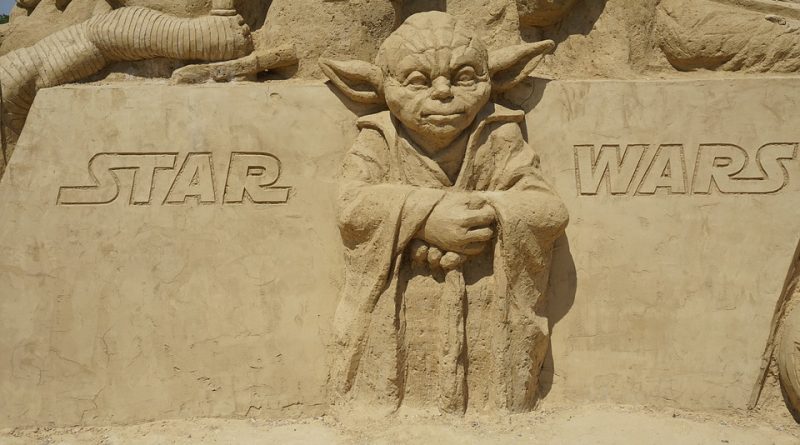 The Star Wars universe is continuously expanding. With their latest film that introduced new characters including Babu Frik, to a new series. The Star Wars: The Mandalorian is the first live-action series in the Star Wars franchise.  The series, which pilot episode aired on November 2019, can be streamed on Disney +.

“After the stories of Jango and Boba Fett, another warrior emerges in the Star Wars universe. The Mandalorian is set after the fall of the Empire and before the emergence of the First Order. The series depicts a lone bounty hunter in the outer reaches of the galaxy far from the authority of the New Republic.” Jon Favreau on StarWars.com

While The Rise of the Skywalker gave us the super adorable Babu Frik (voiced by Shirley Henderson, famously known as Moaning Myrtle in the Harry Potter series,) Star Wars people then gave us the 50-year-old Yoda. Ever since the series was first aired, Baby Yoda memes have been trending on social media platforms. Why wouldn’t he? He’s cute, he’s green, and he’s tiny. Stars like Bryce Dallas Howard and Ariana Grande talked about him.

Who is the voice actor behind Baby Yoda’s unique voice?

Unlike Babu Frik who was voiced, and brought to life by Shirly Henderson, Baby Yoda’s voice is purely engineered. The expensive puppet’s appearance is not the only thing on the show that makes him trending. His cute little voice also made him one of the most talked about characters in social media platforms. David Acord, Star Wars sound editor revealed that animals were involved in making the voice of the cute alien character.

In an interview with the Hollywood Reporter, Acord revealed that the first version of the character came from two animals, bat-eared fox and kinkajou to be specific.

“I was recording animals at this wildlife rescue outside of San Diego. Two of the animals I recorded had this really cute, almost childlike quality to them. One was a bat-eared fox and one is a kinkajou.”

Bat-eared fox is from the fox family, while kinkajou is a relative of the raccoons, and they can be found in the tropical rainforest. Kinkajou is native to Central and South America. Acord then said that they added some elements to the animal noises. As cute as the outcome is, Jon Favreau thought that it needed to be more human-sounding or something a little more relatable. Creating the voice of the character involves a lot of imagination because there is really nothing to get reference from.

“Then Jon Favreau thought that they needed to be more human-sounding or something a little more relatable. We dialed way back on the animal part, and now that’s just there for little grunts and coos and purring. We used some real baby vocals for when [The Child] gets really fussy and that kind of thing. Then I have some of my own vocal in there, too, for more of the articulated vocalizations, pitched way up. So it’s a combination of things.”

Acord and Matthew Wood went into detail on their work on The Rise of Skywalker, including revelations that the scene in the film where Rey flips over Ben’s TIE fighter, include elephant sounds.

How popular is baby Yoda?

The Child is of the same species as Yoda, the Jedi Grand Master, whose backstory is mysterious since then.

Even though the Mandalorian should be the star of the show, “Baby Yoda” captured the hearts of people. It became so popular on the Internet, people stopped calling it, ‘it’ and started calling it baby, instead.

Former Game of Thrones star Pedro Pascal, who plays as The Mandalorian says he’s cool with Baby Yoda outshining him. He even shared a cocktail inspired by the 50-year-old alien on his Instagram.

The funny thing is, aside from outshining the main character of The Mandalorian, Baby Yoda became more talked about than the 2020 Democratic candidates.

Data from Newswhip provided to Axis, shows that the tyke alien drove nearly twice as many average social media interactions across social media platforms compared to any of the candidates running for President in 2020 elections. And yes, this is caused a little problem for the candidates who are trying to be visible online.

The series is set five years after the events of The Return of the Jedi.  The second season of The Mandalorian will air this fall. With Mando on a mission to protect The Child because he is being hunted by other bounty hunters. While waiting to get more of Baby Yoda, you can first look forward to seeing the final season of Star Wars: The Clone Wars on the Star Wars TV. Since you are in Disney +, you can also rewatch past Star Wars projects.