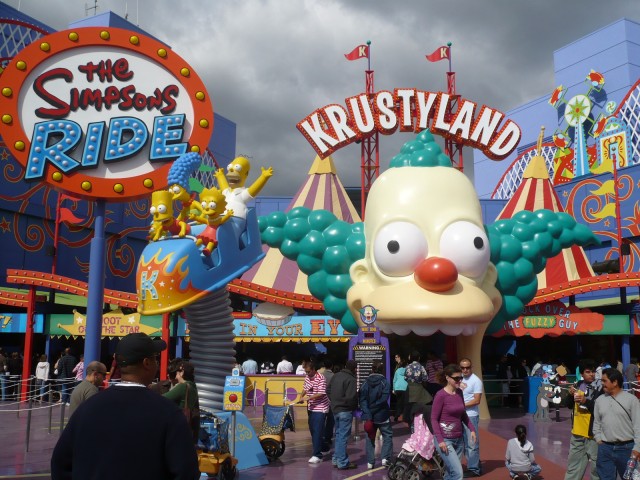 The Simpsons fans are still reeling over the death of Krusty the Clown’s Dad, Rabbi Hyman Krustofsky during the season 26 premiere last September, speculations of another death of a more regular character is looming again…Oh the torture!

In a previous interview with producer Al Jean he was asked about upcoming episodes, he hinted of a death of one character.  He said, “Well, a character dies and the actor who played the character won an Emmy for that portrait.”  That cryptic response turned into a huge mystery, a “huge puzzle” that fans went crazy over trying to figure out who will meet the Grim Reaper.  After a year of build-up, leaving clues like bread crumbs, fans finally faced with the death of a Simpsons character – Rabbi Hyman Krustofsky.

In an interview with Hollywoodlife.com after the premiere episode, Jean told the reporter, “Well, when we kill them, they stay dead. That’s my motto. But, you know, in animation you can certainly have somebody remember somebody else or fantasize or have a dream about them, so I wouldn’t rule that out.” Instead of appeasing the fans, it fueled more speculations that there would be another death.

And then comes the Futurama and The Simpsons crossover episode where they showed in the closing credits a headstone with Ralph Wiggum’s name, with the year of his demise etched as 2017.  So is this another bread crumb left behind by the producers and writers? Will this be one less character for Nancy Cartwright to play?  Jean was quick to announce in his another interview with The Hollywood Reporter that it was just a random joke.  Jean said. “In a previous future show, we saw Ralph as a police chief with multiple clones – each being killed.”  We can all sigh in relief.

For a show that has been on the TV screen for 25 years and already has a cult following, fans will definitely have a hard time letting go of characters they grew up watching.  How much more difficult would it be for voice actors to let go of their own character?  Jackie Mason played the role of Rabbi Hyman Krustofsky six times and won an Emmy’s for the character, but we can only suppose that his final recording was as emotional as the episode.   What about if Nancy Cartwright says goodbye to Ralph? Or Dan Castellaneta bids farewell to Homer?  D’oh!  No more bread crumbs please!

Have you ever had to say goodbye to a recurring voice character you played?  Share us your experience.