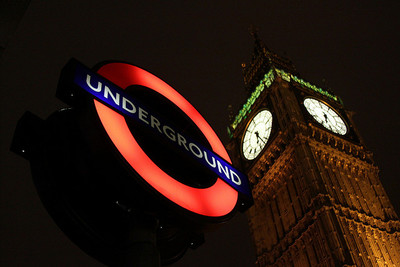 Emma Clarke is an award winning voiceover artist from the UK. She is a writer for radio, television and new media, but it is the voice of the London Underground which has just celebrated it’s 150th anniversary of the first passenger journey. Emma is the voice that has directed millions of riders daily to, “Mind the Gap.”  Emma speaks with the Voice Over Herald about her start in the industry, how she turned her “underground,” automated messages into spoofs, and her advice for other aspiring voiceover artists.

What would you say was your top reason for becoming a voiceover artist?

I was always good at doing accents, creating characters and doing daft voices. My cousin Charlie was given a tape recorder for his 7th birthday and every weekend we spent hours recording our own ‘radio show.’ We were inspired by Kenny Everett and used to send the poor man tapes of our antics! He was very kind and sent us signed pics and goodie bags. I think it was there that my love for audio began…

As a ‘voice of the London Underground,’ what do you like most about your job?

I’ve been one of the voices of the London Underground now since 1999. In reality, that means I’ve only recorded a handful of sessions for them. It’s a huge honour to be associated with such an iconic brand! I do lots of other stuff too, working with people from all over the world. I love working on lots of different kinds of projects where I have to create a different voice for different clients, products and services. Every day is different!

You created a whole new area of your work with ‘spoofing announcements,’ from the tube. What’s your favorite spoof? Does your family find them hilarious?

Ah, my favourite spoofs were the ones that didn’t make the cut! They were waaay too ‘out there’! My kids are too young to really appreciate them but one day I’m sure they will!

A Telltale sign that someone should become a voice-over artist?

Obviously a great mic voice. Excellent sight reading. Great sense of humour. Doesn’t take themselves too seriously. Punctual. Able to take direction. A brilliant communicator. If you’ve got those qualities, practice, practice, practice and go for it.

Clarke resides in the UK with her family. Her voiceover work includes radio station identity, radio and television advertisements, in-store announcements and narration for multimedia and e-learning.  She is also a regular contributor to programmes on BBC 5Live and Radio Manchester. You can hear all the spoof announcements at her blog.

Below is a really interesting video of Emma talking about how she landed the job with the London Underground.