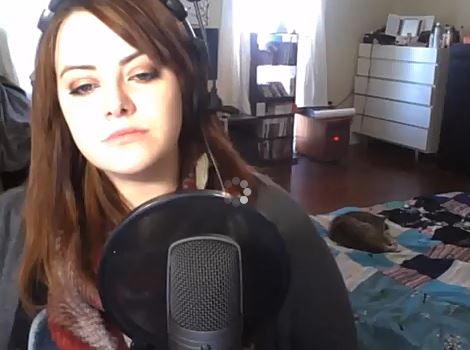 Forget about training and acting lessons. The calls been put out by one gaming company to find a voice actor for one of their upcoming games.

BioWare is responsible for developing some of the world’s most critically acclaimed titles, including Star Wars: Knights of the Old Republic, and Mass Effect.. The company has its roots in Edmonton, Alberta Canada, and in 2008, was acquired by Electronic Arts.

The role being cast is for a character in the upcoming Dragon Age: Inquisition.

Those wishing to submit weren’t being judged on their studio quality or experience, as the terms stated that entries could be delivered through video (think YouTube) it was going to be open slather as to what was presented to the judges. Submissions are currently being judged based on the following ratios: 40% Voice Quality, 40% Performance Quality and 20% match to Dragon Age franchise style.

The entry information is sure to rile some seasoned professional voice actors:

Don’t worry about accents, makeup, or props—all we want is for you to perform your preferred script in your lovely, natural speaking voice. If you want to go big, by all means, be our guest. However, be aware that your entry will be judged on the quality of the voice performance and how well it matches the style of Dragon Age.

We’ve compiled some of the entries below for your viewing pleasure. You can get a copy of the scripts at the links below.