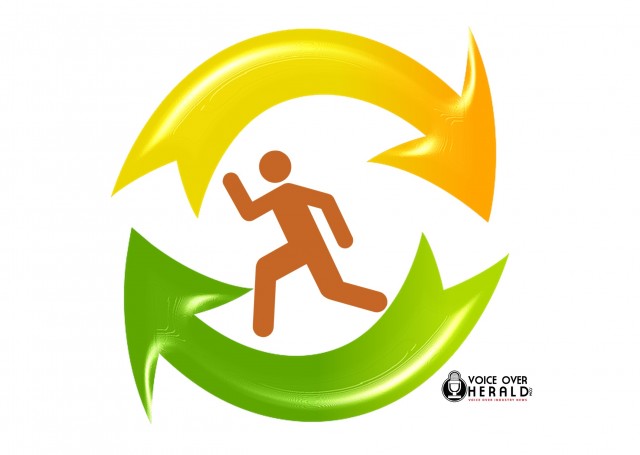 Several years ago, I held a job as a production assistant for the ESPNZone chain of sports-themed restaurants. The combination of food, alcohol, rowdy fans, and overlapping sports seasons caused me to look for those “quiet days” ahead of time. It was necessary for survival in a crazy Times Square tourist destination. At the same time, I was a voice actor auditioning on my way to work by taking the 1 train, with the last stop being 42nd Street for my second job.

The yearly cycle of auditioning success combined with the sports seasons’ insanity began showing me something about the voice over industry: The behavior is cyclical. Even with all the changes to “how casting works” and “the desire for speed” the following remains true.

There will be times of the year when the following takes place:

How I first noticed this working while online

I used to answer thousands of customer inquiries a month, often through social media or Skype. The customer issues I was facing kept a solid record of what was said and when it happened. One day, the thought hit me, “Didn’t this just happen a year ago?” I began researching records of older conversations on Google and Skype only to find the same things were being said, year after year, around the same time. I also found the same complaints and success stories occurred at the same time year after year, with the higher/lower customer satisfaction times becoming more and more predictable. I was looking at the “behavior” first, and then “numbers” to support the evidence.

Digger deeper into this, I noticed the last week of December/first week of January are interesting weeks. Both clients and voice talents upset with the voice over industry. Why?

Oddly, I used to specifically remember seeing complaints about voice actors claiming to speak “French”, although they really speak “French Canadian”, occurring during the last week of December.

There is always a connection between “the voice actor’s desire to work” and “a large majority of people being on vacation” leading to “unhappiness”. Alas, this is a problem websites have yet to solve and may never will as it is embedded in the DNA of the industry. Yes, I say this even with the growth of mobile device usage.

When the voice over industry seems happiest

It is quite easy to remember “good times” when there are peaks and valleys of “bad times”. During happier times the following voice over industry market conditions are in place:

The saying, “Misery breeds company”, comes to mind. The algorithms behind Google searches combined with industry behavior, Googles’ saved searches, and our cyclical search for advice during rougher times of the year has indeed led the voice over industry down a repetitive cycle.

The first time I discovered this was two years after a very outspoken voice actor passed away. Two years later, on the exact same date she passed away, people began asking me to clarify some of her statements about a debate she sparked surrounding a website. Even though the content was more than two years old, the debate was sparked by a deceased voice talent, and the company had changed dramatically, still many voice actors who performed Google searches for info on “whether or not a company could be trusted” came across her heated online debate, which gained many views after she had passed away.

The only thing: The inquiring voice actors did not notice the age of the content. Indeed, Google searches can be very unforgiving when it comes to negative content.

All of this to say, it may seem like the industry has never changed, will never change, is really healthy, or being killed off, due to the repeating annual cycle of industry behavior combined with Google searches. There is indeed a form of Matrix in play. Any voice actor completely trusting of what they read on Google will quickly become a part of a yearly seasonal cycle of complaints and happiness.

My happiest time of the year for booking jobs

I used to wonder why I never booked work in a cold NYC winter, and simply cashed in during the summer, but work dried up at the first sign of autumn. I believed it was a sign of my talent until more than one casting director asked me, “Why aren’t you in California? You would be happier there.” They explained I seemed more laid back and creative when the days were longer and warmer in NYC. Summer was “hot season for booking”.

My auditioning in the winter was cold and disconnected. It clearly showed my hatred for pavement pounding in NYC during the cold winter months, which also involved a busier tourist season. It was easy to forget the success I had during the summer because I had to work harder at my second job to make money.

How about you? Do you have a time of year when the jobs seem to come easier?