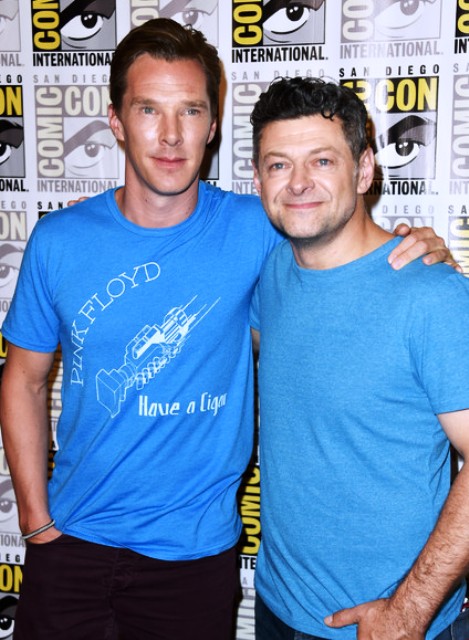 Everyone has been talking about the Star Wars: The Force Awakens teaser since its debut last week.

Here are some of buzz surrounding the release.

As expected, we had a glimpse of the two new characters and presumably the movie’s leads:  John Boyega and Daisy Ridley.   The teaser confirmed rumours that English actor John Boyega will be playing a rebel sympathizing Imperial Stormtrooper.  Though Harrison Ford, Carrie Fisher and Mark Hamill are already confirmed cast members, seeing the opening of the scene in the deserts of Tatooine heightened the excitement of the fans even more.  It also fired up the rumoured suggested storyline of two young rebels in search of the original Star Wars heroes, Skywalker, Princess Leia and Han Solo.

The rumour about not using CGI though was squashed.  Kathleen Kennedy, Lucasfilm’s head honcho has previously mentioned that there would be a return of the use of real sets and models, but of course rather than relying heavily on just either real models or purely CGI, there seems to be a balance between the more realistic set and the use of the CGI technology.

Curiosity also surrounded the identity of the cloaked figure wielding a red lightsaber with a hilt, is he the character of Adam Driver?  Is this the new Sith lightsaber?  Is there a use for the smaller lightsabers on the hilt?

But was what highly talked about and speculated on was the identity of the trailer’s voiceover.   The teaser trailer begins with the line, “There’s been an awakening. Have you felt it?” and ends with “The dark side…and the light.”  Was it Adam Driver voicing one of the lines?  Do we hear a faint Swedish accent in the first line?  Was it is Max Von Sydow talking about the rise of the Force?  Or was it Andy Serkis as it has similarities to his tone and voice in the Planet of the Apes?

An odd name though came up… Ben Cumberbatch.  Adam Driver, Max Von Sydow and Andy Serkis are all confirmed characters of the movie, but again rumours are pretty persistent that Cumberbatch will be part of the movie franchise so Cumberbatch’s fans started speculating that the voice was his.  But fans don’t hold your breath… as Hitflix says on good authority that the voice is indeed Andy Serkis.  They also added that Serkis will be playing a pivotal role, however may not have a lot of screen time.

Even with this confirmation, not all folks are convinced that it was Serkis, but we have to remember that Serikis is a voice acting genius.  Just listen to what he says about voice acting:

“It is the same as any acting experience… you are embodying a character… you are climbing inside the role and losing yourself in that role.”

All these speculations, all these mysteries plus what we have seen in the visuals so far just fueled up everyone’s anticipation even more.   2015 is really turning up to be a fantastic year for movies.

Star Wars: The Force Awakens is in theaters 18th of December, 2015.