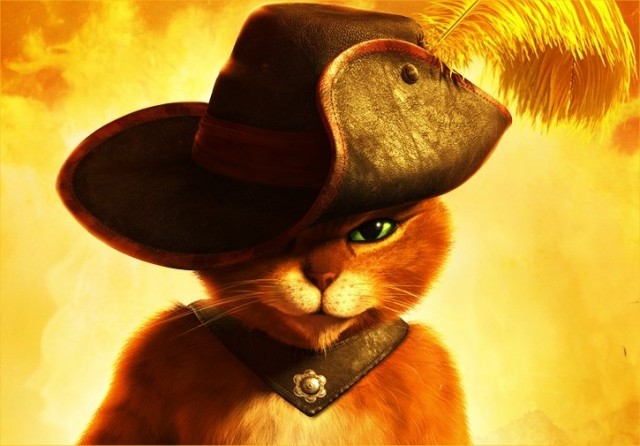 Who can forget the suave and smooth voice of Antonio Banderas – nope, not in The Mask of Zorro but in the Shrek and Puss in Boots movies.  Banderas’ memorable performance in the Shrek sequels was so well received that DreamWorks Animation had to do a spin-off.  After four years, the swashbuckling furry “hero” is back in a Netflix series – The Adventures of Puss in Boots.  But, alas, no Antonio Banderas!  But fear not, voice actor and animation artist Eric Bauza makes a very decent voice replacement – the exotic accent, and cocky, yet charming personality is more or less the same.

Eric Bauza is not new to voice imitating.  He replaced Billy West as Stimpy in the Ren and Stimpy Adult Party Cartoon, and has done other character voices and voice imitations in his 15-year career.  The Canadian actor still works off inside a walk-in closet – that’s where he makes voiceover magic.  The silence inside his make-shift recording studio is just what he needs while he tries to match the voice work done by another actor.

In an interview with The Fresno Bee, Bauza shared that he not only listened to all the movies featuring Puss, but also watched clips of Banderas working inside the studio.  He says, “As a voice imitator, it’s important to study and absorb certain personalities and characteristics.”

Learning about the character and the studying the original actor helped him to discover the key to voicing Puss in Boots.  He adds, “What I saw when I watched Antonio was that he was having a good time.  Puss in Boots has an attitude.  He’s a bit of a womanizer.  He’s a hero and an outlaw.  It’s also a challenge because Puss speaks in such a whisper. But, when I’m doing the voice, I’m not imagining myself as a cat. I’m thinking of what Antonio would have done that day,” he says. “That has made it a lot of fun.”

Following Banderas as Puss in Boots is a hard “voice” to follow… have a listen and see how well Bauza does.

The first five episodes of The Adventures of Puss in Boots premiere on the 16th of January and new episodes will debut throughout the year on Netflix.

It is not uncommon for voice actors to be replaced for different reasons (contract, new series/story, actor not available, and sadly – death).  They may be asked to bring in a new characterisation or personality into the role, and sometimes asked to imitate the voice of the original actor, especially on unplanned changes.

Have you ever took over a role from another actor?  What preparations did you make to get into the character, personality and voice? Was it difficult to step into someone else’s “boots”? Share with us your experience.