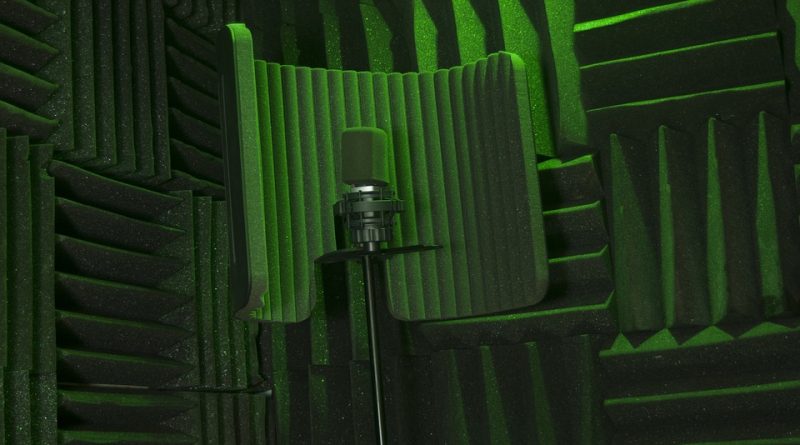 Doing voice over recording at home is now common. A lot of voice over talents built their own studio and started working at their home. Technological advances opened a lot of possibilities indeed. However, not everyone has the space or the budget to build their own studio. Using tools as an alternative to real recording equipment that you need won’t be a good idea too, for it might compromise the quality of your recording. Many video tutorials are available online teaching you how to build your recording booth. Though this might be a smart move, it is actually risky, for you might end up wasting your money by buying low quality materials that are not sturdy enough, or you might end up not doing a pretty good job with your diy booth.Any serious voice artist would never want to compromise recording quality to aesthetics, space or budget. Well, a portable recording (vocal) booth is here to save you from your problems!

Why is a recording booth important?

A soundproof environment is definitely a MUST. This is the basic reason why you need a recording booth while you record your voice.  Insulating your work environment will prevent any loss of sound from within your studio and experience little to no external distractions or disturbances that might affect your recording.

A decent and budget-friendly portable recording booth should be able to do three main and important things that should be considered when recording:

Deaden the sound.  Your recording booth should use some kind of sound dampening to lessen the intensity of the sound you will be making; this means that it cuts out low and high frequencies that can cause a disaster to your audio recording.

It should reduce echo.  Some mics can pick up everything, which means even the ambient noise, or simply the birds chirping, or the river flowing.  Your recording area can produce an echo if not treated with sound dampening. An echoic voice recording makes you sound unprofessional, so your recording booth should be able to prevent too much audio from bouncing or reflecting back.

Create clear sound.  As sound wave lengthens and bounces off on many surfaces as it travels, recording in an untreated room will create a distracting audio.  A recording booth creates a smaller space which results to a clearer and truer tone.

Sound on Sound made a product review on portable vocal booth and screens, and they stated that “(an effective) portable booth can reduce room reflections by absorbing the sound before it can escape into the room, though they also prevent some returning reflections from reaching the microphone.  Because the screens are designed to be placed in close proximity to the microphone, these reflections will arrive very shortly after the direct sound, and will thus be audible as coloration of the wanted sound rather than as reverberation or echo. The concave shape of most screens risks amplifying this effect through acoustic focusing.”

Here are some of the most recommended portable recording or vocal booths.

sE Reflexion Filter Pro is a portable vocal booth and reflection filter set up that uses a patented multi-layer technology.   They boast of removing ambient noise and polishes the recording. It It got good reviews, and reviewers claimed that sE Reflexion Filter Pro does exactly what it claims. The only con that they noticed is it may not work well for all volume or frequencies because of its small size.

Problems with echo and other noises? This foldable and easy to transport portable vocal booth claims that it can solve your problems. QM-200 is a compact vocal booth eliminates reflections from the front and sides, giving you a more acoustically dry sound that is better for audio recording. If you are recording in a room with hard floors, flat ceilings, and naked walls, you would want to throw down some moving blankets and make sure there isn’t a flat wall right behind your back.

Porta-Booth is not only ideal for small home studios but is also one of the best options you got if you are a voice over talent who travel often.  This space saver booth uses the same Auralex Studiofoam as used in most major recording studios and provides a professional quality sound preventing the ‘boomy’ sound of an untreated room.   The Pro is more expensive than other portable vocal booth or screens, but it boasts to be a strongly built audio booth. It can also accommodate a much larger variety of microphones.  It can also be assembled in less than a minute, and comes with a carrying case.

A portable recording booth can never replace a proper voice over recording studio with expensive and durable equipment, however if reviewed and chosen carefully, it is the best solution for your space problem without breaking the bank and of course sacrificing sound quality. Do not let problems hinder you from pursuing your scheme to be a voice over talent.

Have you tried these portable recording booths? Share your experience.