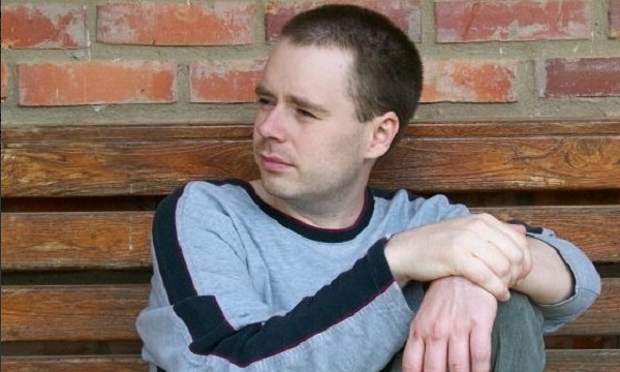 This blog post today is quite personal, yet I feel a true lesson would be lost on voice actors starting out, if it was not written.

I am writing about my life as a voice actor with epilepsy, plus how epilepsy played a part in my need to leave the business and then somehow force me to return to it.  This week marks the 24th anniversary of my very first seizure at age 18, which happened shortly before I started college as a performing arts major back in 1991. This is also inspired by emails I had received over the years from people with disabilities who felt “working from home as a voice actor” was their last option to find work, somewhere and somehow.

The voice over field is one of the most challenging careers to succeed and work in full-time. I just hope this helps some people get through the harder days.

Challenges to be faced as an epileptic voice actor

One of the most challenging things about this disability is what I call, “having to take unscheduled breaks for reasons no one can visibly see”. Many voice talents first got to know me from my work with a casting website. In the very beginning of my employment I scared the heck out of a few people, including the CEO, because they had never seen symptoms associated with epilepsy, such as involuntary movements.

I chose to often work strange hours because I simply did not feel well periodically. I had to explain my situation in the very beginning, and what would possibly happen. The worse type of seizure I often had was an “absence seizure”. I would experience brief loss of consciousness, but was still able to walk, talk, and even write emails in customer service. You could only tell it was happening, if you really knew me. I knew by the way I wrote when it was happening, usually after the damage was done. I was very lucky to have good people around me and a very forgiving community of customers.

Keeping all that in mind, imagine being in a studio with a headset on, as a director talks to you and you are very sensitive to light and sound, while simply being in an absent state of mind. In the 90’s I had lost a couple of jobs, including one for an Adidas promo at the 1996 Summer Olympics in Atlanta. When people just do not know, they tend to assume the worst without asking questions.

Those who do not understand think medicine “stops it” completely…No.

The challenge with finding work as an epileptic is that many cannot “see” the disability. There are no missing limbs, so the assumption is, “But you take meds for that, right? Well, stay committed and you will be fine.”

Wrong. “Controlled with medication” is a marketing slogan. Just like anything in life there is no sure thing. Doctors expressed to me many times, “Your medicine is not a cure.” My audition and work regimen in the 1990’s was heavy because of medical bills, and I paid very close attention to taking medicine. Still, there were times when I simply could not work and attend auditions. The people I tried to explain it to either did not care, did not understand, or cared but just replaced me.

When auditions cannot happen, there is still a need for money and so one tries to find steady work. Even when working with regular businesses to find regular work, there is still the issue of not being able to work. Filing for disability does not pay enough, which is ironically a reason why I have to return to voice over work briefly while on disability working at home. Filing for permanent disability is not an option because the fact is, “I can still work.”

Medical bills, finding good neurologists, and required tests all gets costly and/or dangerous

If you think finding a great newcomer voice actor is tricky, imagine trying to find a great newcomer neurologist; a dangerous thing to do. Early on, I learned that inexperienced neurologists may recommend things that go VERY wrong because the science is a very small community. This means you cannot just live anywhere in the world and go to any neurologist. You are literally messing with your own head, if you do.

All discussions of medical insurance, unions, Obamacare (in the US) aside: It is simply expensive to be an epileptic. I went to work on Wall Street to get insurance, and it still only covered $39,000 USD out of a $45,000 USD hospital bill for a week-long in house test. I was forced to find the job in 2003, after almost dying from having three seizures in-a-row. I managed during one of them to call 911 and woke up with police in my apartment. (They thought it was a prank call at first)

Easily the worst part about this disability: Not knowing “when” it will happen and when it does the danger of having seizures in the work place, or in public, involves waking up in hospitals to deal with emergency room fees and treatment. I believe in the course of my life with epilepsy as a voice actor I have spent easily more than $200,000 USD on medical treatments and medication. And I chose to be a voice actor because the type of work was less stressful to me.

Positive sides to all of this – No explanations necessary

I have found life with epilepsy has afforded me the following:

On a positive closing note

On my way to an audition in NYC back in 2006, I started to get away from the Wall Street work. A large man in front of me on the street dropped and had a seizure shaking. As the crowd scattered and people were afraid, I comforted the large man to protect his skull from hitting concrete. When it was done, his brother thanked me.  When I finally got to the audition, the brother who thanked me was one of the casting directors.

Life is weird that way. Regardless of what you deal with as a voice actor, you can and should always be your most positive best. You just never know who you truly impact.