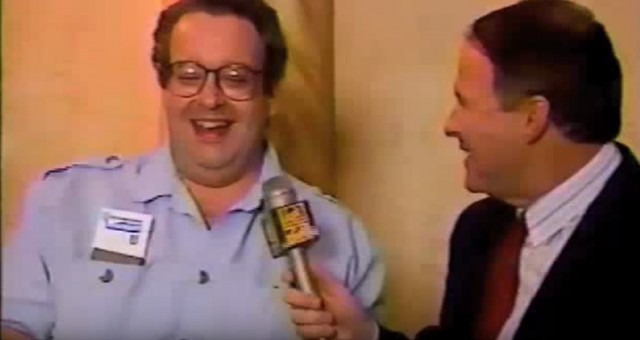 Sadly, the industry bids farewell to another great actor, comedian and voice artist…

Joseph Alaskey, credited as one of Mel Blanc’s successor as the voice of Bugs Bunny, Daffy Duck, Sylvester, Tweety at the Warner Bros. Animation studio died from cancer on February 3, 2016.

Alaskey’s spokesperson, K.P. Lynne, shared the news on the actor’s Facebook page, “Never doubt that Joe loved each and every one of you. Your comments and posts always made his day and brought joy to his heart and life.”

Alaskey alternated with Jeff Bergman in impersonating the voices of Bugs Bunny, Daffy Duck, and Sylvester following the death of Mel Blanc in 1989. Prior to working as a voice actor on films and television, Alaskey was a successful stand-up impressionist and worked on a Boston radio morning show called Effective Radio with Bill, with June Foray, one of the industry’s female voice over living legends.

He later on voiced his very own Looney Tunes character, Plucky Duck on Tiny Toons Adventure. He also took over the voice Grandpa Lou Pickles on Rugrats, inheriting the role from David Doyle. Alaskey also did several video game voice overs for both his Looney Tunes and Rugrats character, and as Mermaid Man in SpongeBob SquarePants: Lights, Camera, Pants! and SpongeBob SquarePants: Creature from the Krusty Krab.

In 2004, he won a Daytime Emmy Award for his work on the cartoon Duck Dodgers, providing the voice of the eponymous hero, whom he described as “an egotistical, obnoxious duck with his own show”.

His most recent work was as a narrator for the television documentary series Murder Comes to Town, which airs on the Investigation Discovery Network.

Alaskey was also a writer. He published his memoir That’s Still Not All Folks!! in 2009 and most recently released a collection of short stories,  Queasy Street: Volume One — Eleven Tales of Fantasy.