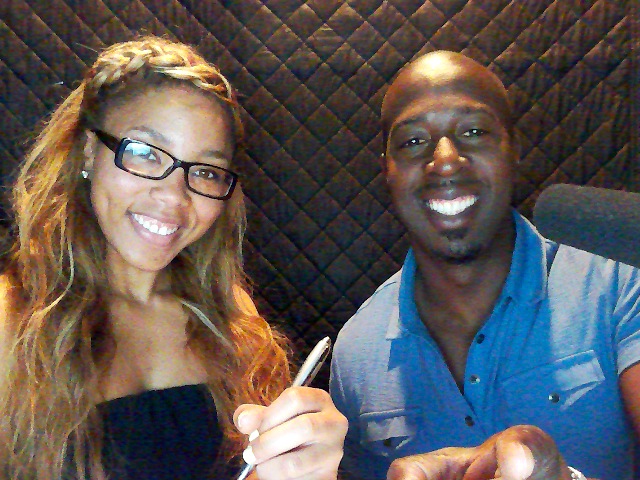 Male voice actor Dane Reid writes exclusively for Voice Over Herald about how an internship when he was younger inspired him to get into voice overs. Now he is returning the favor and passing on his skills to his new intern.

Many talent get into voiceover not realizing that success is not in how great their voice is, but in how great their marketing is. But as a talent, you may neither have the skill nor the will to cover all bases to market your voiceover business. You need help. But do you have the money to get that help? Good News!!! You may not need money.

I Was An Intern

Back in 2005, one year into the start of my VO career, I was lost and had no direction in my business. I attended a meeting of radio professionals where I met Darren Florence aka The Postman. Darren walked into the room late, and when he did, all bodies turned in his direction as if he were a member of the British monarchy. And the attention stayed on him even after the meeting. I was convinced that I had to meet this guy even though I had no idea why. I asked someone who he was and they said “That’s Postman. He does all the voiceovers you hear on the radio.” And indeed he did a lot of them.

Postman was the guy who strongly encouraged then Radio jock and reluctant colleague Zurek to start doing voiceover. And we all have seen the success Zurek has had with his career and Voiceover Universe. So I nervously approached him, introduced myself and told him that I wanted to learn to do what he did. He smiled, gave me his number and said “Sure, I could use an intern.”

The Monday after I met him I was in Darren’s home studio (The Post Office) watching him voice and produce commercials, calling his old clients on the phone, and learning the tricks of the trade on how to secure new ones. I learned so much from that experience. The Postman taught me a lot about delivering my lines and helped me develop my own style. Although he was a good teacher, he always stayed a step ahead of me. He still jokes that he was careful to teach me everything that I know but not everything that he knows.

Why Did He Do It

Fast forward to 2014 and I now have my own intern Traci. I see why an already successful voiceover talent would take on an intern. When I was 9 years old my Dad taught me about the word “synergy.” He explained that one person could accomplish 60% of their task in one day and another 40% but together they could accomplish 150% of their work. That’s what happened here. Traci, like I did for Darren, provides a significant boost in productivity for my voiceover business by performing some of the task that I may not be able to get to in a day. Additionally she motivates me to work harder and smarter.

Each day Traci and I set goals on what we want to accomplish. I give her a mission. Her primary goals are to find new leads, email clients and keep me focused on my tasks. After all, I’m a creative minded person who has a tendency to look out the window a lot. We re-evaluate those goals for each day as things change.  Having an intern gives me an opportunity to bounce my many ideas off someone who can help execute them.

What Do You Offer In Exchange?

This is a barter relationship. Traci is not an employee, just like I wasn’t to Postman, so there has to be something to give her that keeps her coming back. In exchange for her service she gets a lot of insight of not just running a voiceover business, but in running a business in general.  She sees some of the tricks that I use in getting and retaining voiceover clients, resources that I use to promote myself and every week I give her an hour of voiceover lessons.  Voiceover training cost me hundreds per hour when I started paying for it and she’s learning some of what I learned for free.

How Do You Find An Intern?

This is a highly sought after field. Many people want to be voice actors and have no idea where to turn. You just have to let yourself be known. Put out a craigslist ad. Ask people if they know someone who wants to learn voice over. Or inquire with a local college. There may be particular guidelines in getting a student but it can well be worth it. I inquired with a college but ultimately I met Traci, who is a singer and actress, through a referral. Interview your intern to make sure they are right for the job and be clear on what you have to offer and what you expect from them. Be sure that they are committed to the job as if they were being paid.

Ultimately you have to open your mouth for someone to raise their hand. You have to be clear why you need an intern and what can you give in return for their service. And you have to spell out the terms with your prospects so that everyone is on the same page. My hope is that one day I will hear Traci’s voice on the radio as often as Darren hears mine and that she too will pay it forward.