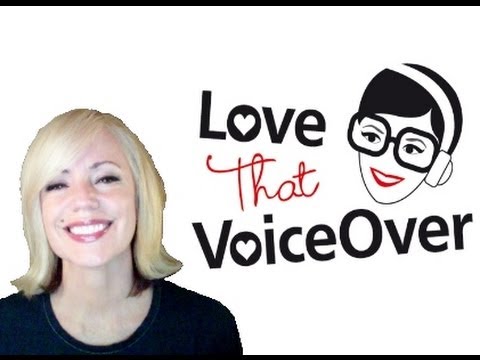 We asked her about her thoughts on the voice over industry and how she finds voice over work online.

I started in 2000 with one year of solid VO night-school training in San Francisco while I was working a corporate day job. If you want to go back far, my performance penchant started as a little kid producing radio shows from the back seat while my parents were driving the family across the US!  However in the 90’s I had been working several years in marketing and always jumped at every project related to commercial production or VO. It was natural for me to pursue VO, but I learned late that it was a career option or I would have started earlier! I always loved telling stories and being on stage – even if it was only a corporate or public event. Since 2001 I’ve been official.

My first thrill is not having to put on make-up and a suit and go to an office after the alarm has rung!  Since I also performed a lot on camera, it’s a real joy to focus on the performance and not all the attributes about how I look.  Working from home has pros and cons, some of which are easy parking and coffee the way you like it or on the other hand sometimes you can get a little stir crazy and it’s possible to become a bit of a work-aholic… Gotta watch that!

It’s not at all like other sites. It’s a prototype hybrid of traditional ‘brick and mortar’ agency and online casting, and probably a good idea of what the future is going to be in the global VO casting marketplace, from the context of being on-line and handling multiple languages and international projects for VO. Folks at VR are totally accessible, professional, friendly and conscientious. They do ask for a small fee from VO talent, but considering the service and attitude, I’m willing to pay it, to see where this goes.  I do not put The Voice Realm in the category of ‘pay to play’ online sites that target VO talent en-masse and basically crowdsource VO to any cheap VO project on the interweb. VR is aiming to get quality projects that pay certain reasonable minimums, all fees are posted on the voice over rate card not auctioned, etc etc. And guess what? They communicate regularly to talent – wait for it – about the biz and how it’s going. Fancy that.

It’s brought in a few gigs and I’ve been short listed here and there, private auditions… I’m waiting to see how this develops further.

I would say that even though you see projects that are at all levels, the client seems to be just as “vetted” as the talent. You aren’t getting clients who totally don’t know what they are doing – like VR has set expectations for them.

Fantastic. High marks for this from the talent / my side. Most sites that do online casting are all about you until you sign up and then afterwards everything is automated. VR keeps in touch via email updates and personal replies.

I see VO less as an industry and more like aspects of different arenas where VO is used. With the growth of the internet, the accessibility of technology and the paradigm shift in entertainment / education / gaming / audiobooks, it really depends which aspect of the VO arena you want to look at. Entertainment is really shifting from being segmented with Tv, Radio, Movies and Games to blended, with a huge pool of new talent (some good some not) and celebrities, becoming very very competitive and budgets really shifting alot too. So that’s a kind of evolving battle ground, even though most people are generally friendly. Who you know counts a lot in that arena. This is the area that I think online agencies will thrive in.  Meanwhile, educational and corporate video is probably peaking right now for standard VO talent, but the future might be bleak because as technology is easier and easier the in-house staff will voice more because ‘real’ will override ‘acting ability’.  Then further down the road, I imagine computer synthesized VO becoming much more natural to the ear, accepted and replacing the need for VO talent in a lot of the areas where fledgling talent is successful now. Audiobooks is a lesser known arena for me, but there is much more acting involved in audio books than in corporate elearning and narration. And the audiobook arena is growing well during the shift to digital, so this looks like a fairly strong but narrow growth segment. I think.

You can audition or hire female voice over actor Rebecca Haugh right now at The Voice Realm through her profile: http://www.thevoicerealm.com/talent/rebecca.haugh