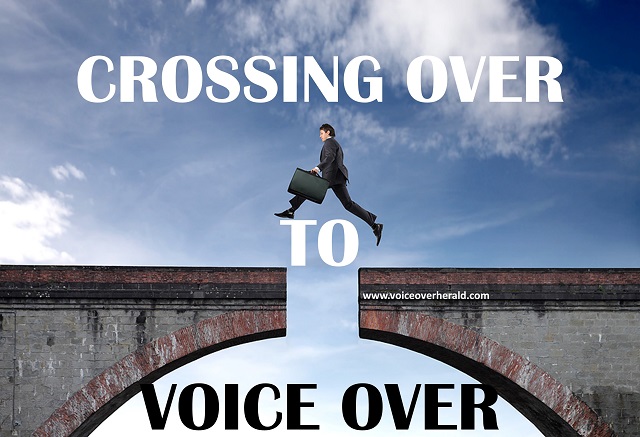 Puroresu and seiyū are two careers outside J-Pop stars that have huge followings in Japan – Seiyū, a term now used for voice actors and Puroresu, the Japanese popular name for professional wrestlers (pro-wres). You can just imagine the double excitement of the fans of one very popular Puroresu as he made his Seiyū debut in an equally popular animé.

Shirtless or bedazzled, this 10-year wrestling veteran certainly enjoyed playing his guest role in World Trigger. He intends to study in voice acting and condition his voice while he waits for his next project.

Crossing over to a voiceover career from what seems an unlikely profession is not unheard of.

We’ve heard of Indiana Pacers C.J. Watson sending out his first demo to agents all over Los Angeles and taking on voiceover classes.  Though he sees himself managing his own NBA Team in the future, he is set on pursuing his dream side job – voiceover commercial work.

There is Paddy ‘Lord’ Ashdown, the Chair of the Liberal Democrats of this year’s General Election Team, who joined a SOHO site early this year.  Though experienced in television and radio presenting, also narrating the audiobook version of his latest book, it still caught his fellow Liberal Democrats in a surprise when he branched out as a voice talent.

Of course there are those who took the call of voiceover more seriously – more than just a side job, they made it into a career.

So we asked a few voice actors what got them started in the industry.

Mark Atherlay had a regular 9 to 5 corporate job, but he always had the knack for imitating voices. “I really didn’t have the passion to climb the corporate ladder while working in beige cubicles for 40-60 hours a week.” Seeing Robin Williams in Mrs. Doubtfire was like an epiphany – his talent in voice imitating can actually be a career.  He quit his job, took some classes, got an agent and the rest, as they say, is history.

Another guy who discovered his talent early on is Andrew MacRae. “From a very early age, my siblings and I were constantly impersonating TV and movie characters to the point where we can’t answer a phone call from one another nowadays without using a famous quote.” But life took him on a long career in hospitality. After a twist in fate and rekindling of old passions, he decided to give the voice industry a shot. “A few courses, some community radio and a ton of pestering questions later, I scored my first VO gig and haven’t looked back.”

Wendy Kay White was a photo editor at a large daily newspaper, doing voice work for commercials would have been a conflict of interest. “I always knew I would enjoy voice work.” So the first she did after quitting her career of 29 years in the newspaper industry was to sign up for a voiceover class.

For JoJo Jensen it was “dumb luck.” She found herself recording a commercial for the company she was working for and had the best time doing it. That prompted her to quit her job. “I found a voice over coach and have never looked back.  I’m closing in on 20 years as a voice talent!”

We always have to start somewhere… no matter how unlikely or far off it is from the voiceover world, once you get bitten by the voiceover bug there is happily no cure. Go ahead take that leap!

So what is your “unlikely” career pre voiceover?  What got you started in the industry? Share with us your story.