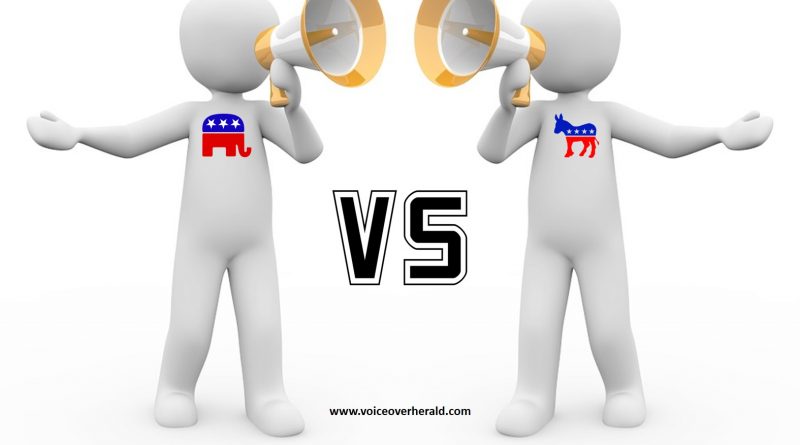 In the last two weeks you may have been glued to your television nightly to watch the Republican and Democrat’s national conventions, ready to be roused and convinced by the next American President. Awaiting who amongst the politicians, personalities and celebrities will come up on the stage and endorse their candidate.

We saw some expected Senators, Mayors and Governors, some well-known and staunch supporters, some unexpected speakers, and some downright “uhm, what is he doing there” personalities. The nights were filled with some rousing, some inspirational, some touching and some controversial speeches. But the conventions were more than just four or five hours of cheering, personality line up, praise and dirt throwing, it was of course about the two people who will battle it out in November…. but we are not going to talk about them.

We can agree to disagree on who really stole the convention on both parties, but apart from the battle of wits, scouring words, of nationalism, and of future plans (or lack of), it was also a case of who can make a better case to sway the undecided, and increase the fervour of those already convinced. It wasn’t just about Donald Trump and Hillary Clinton, it was (yes we will go there) about two veteran actors out to persuade the public on who was the better choice with the power of their voice.

The odds (or should we say the Gods) of course are in Morgan Freeman’s favour being THE Voice of God of all things great and beautiful. As our favourite Morgan Freeman meme would say, “When Morgan Freeman makes a documentary film, he narrates it first and then nature makes it so.” Plus, coupled with the direction of the amazing television producer and writer Shonda Rhimes, Clinton’s introduction film was bound to be a winner.

Of course Jon Voight is not without credit in the voice over field. The four-time Golden Globe Awards winner played Abraham in an all-star cast in the audio dramatization of The Word of Promise by Thomas Nelson, and in the movie Getaway as the Mysterious Voice back in 2013.

Voight is well known in Hollywood as an outspoken supporter of Trump, whom he called “funny, playful and colorful” in an interview early this year.

Voight narrated Trump’s past successes in business and said that as President, Trump “will not apologize to the world for our success.”

“Here is a woman,” the voiceover began, in Morgan Freeman’s commanding, unique voice that is instantly recognizable.

Shonda Rhimes, in an interview with People said, “I wanted everyone who sees it to feel like they were sitting with a friend, drinking coffee, so that had to be authentic.”

And the netizens had to react…

The voice-over of Jon Voight raining down from the heavens for Trump’s bio-intro. It’s the voice he used in “Heat.”

Yeah, because Jon Voight is exactly the guy to sell Donald Trump as sane

“Hello, I’m Jon Voight. You may remember me from a string of other dystopian disaster scenarios.”

Everyone should strive to be awesome enough that Morgan Freeman narrates your life story video.

… and in comparing the two

You hear that? It’s Morgan Freeman, aka GOD.

You gonna vote for who God’s voting for, or who John Voight (the devil) is voting for?

Yeah, these may be just a bunch of Democrats but ask anyone from the voice over industry, whether Republican, Democrat or independent, even those outside of the US, Freeman wins this hands down!

When Freeman said, “Here is a woman…”, you just need to know who he was referring to. And in the end when he said “This is THE Woman,” you are convinced that she is. His task was to highlight the accomplishments of the Presidential Nominee Hillary Clinton and he has done so in flying colours. Morgan Freeman managed to steal the show without even being in the room

A true mark of a great voice over artist…

What do you think? Who did a better voice over job in the Republican and Democrat Conventions?

What makes Morgan Freeman’s voice the “Voice Over God?”