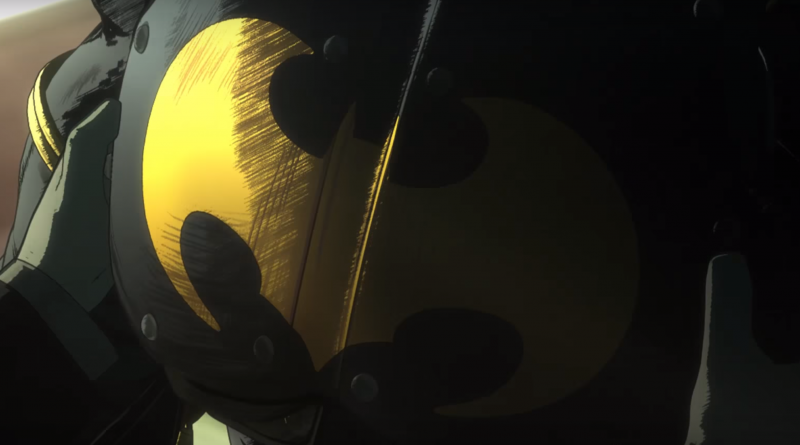 When East meets West – the world explodes! And that’s exactly what happened when the first full trailer of the upcoming Batman Ninja dropped over the weekend. When Screenwriter Kazuki Nakashima (Kill La Kill), and Director Jumpei Mizusaki (JoJo’s Bizarre Adventure) said in NYCC last October that they’ve created a Batman unlike any we’ve seen before, they weren’t kidding. It was a jaw-dropping, hair-raising experience – seriously! Even non-fans of Batman or anime would be blown away. See for yourself…

A must-see for all American comic fans! Announced at New York Comic Con, BATMAN NINJA was just revealed at Japan’s Tokyo Comic Con! Check out the Japanese version of the art and trailer on the official site! https://t.co/mkVxPCIFXr #BatmanNinja pic.twitter.com/TfeMRUTzuw

You can close your mouth now…

Batman Ninja will feature a time travelling Batman in a bulky Samurai-inspired armor, as he battles familiar villains – transported to the distant past, medieval times of Japan. In the trailer we see a montage of Batman’s friends and foes – Penguin, Robin, Poison Ivy, Catwoman, Harley Quinn, Two-Face, Gorilla Grodd, Alfred, of course, at the center of it all, Joker, in his most sinister look and voice ever (so much so that fans are reminded of Mark Hamill’s Joker).

The animation is rich, fluid, colorful and stunning. Despite the obvious Japanese animation treatment, the characters are recognizable, but just in their outstanding reimagined, concept-art versions of themselves. We owe this amazing redesign to character designer Takashi Okazaki  of Afro Samurai.

It also offers some of the best fight scenes you’ll ever see in Nightwing’s storied history. Jumpei Mizusaki also shared in NYCC that they had actors acted out the fight scenes in live-action, and the recorded choreography were used by the animators as reference point. “We want it to be true to life,” he said.

Again true to their promise, we will be treated to a fantastic voice over cast.

Kōichi Yamadera is Batman. Known for his radio personality Bazooka Yamadera, Kōichi has been a voice over actor since 1985 and is best noted for his work in Ninja Scroll, Cowboy Bebop, Dragon Ball Super, Ghost in the Shell, Neon Genesis Evangelion, Ranma ½, and for his current voice of Koichi Zenigata in Lupin III.

The maniacal clown Joker is voice by Wataru Takagi. Takagi has three decades of experience as a professional voice over actor. He recently voiced Okuyasu Nijimura in JoJo’s Bizarre Adventure: Diamond Is Unbreakable, and is best known for his roles in Detective Conan, After War Gundam X, Beast Wars: Transformers series, Great Teacher Onizuka, Hajime no Ippo, and Naruto.

Rie Kugimiya of Fullmetal Alchemist series and Happy in Fairy Tail, is voicing Harley Quinn. While Ai Kakuma of Mobile Suit Gundam: Iron-Blooded Orphans and Naruto Shippuden will lend her voice to Catwoman.

Batman Ninja is slated for release on DVD and Blu-ray disc sometime in 2018. It may be still be in production, but it is promising to be the most visually daring and astonishing Batman feature DC and Warner Bros. have collaborated on so far.

Tell us what you think of Batman Ninja? How do you like the animation and voice over line-up?