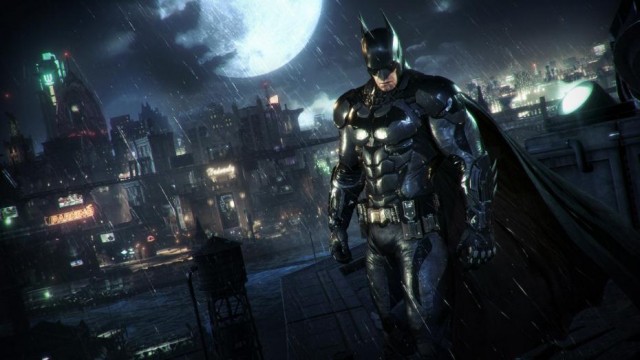 In this part of the Batman: Arkham Origins trilogy we will see the return of Kevin Conroy as Batman/Bruce, Tara Strong as Harley Quinn, Troy Baker as Two-Face and Nolan North as Penguin.  Warner Bros. Interactive has also announced employing Jonathan Banks, of Breaking Bad and Better Call Saul fame, to voice Commissioner Jim Gordon and Fringe and Sleepy Hollow’s John Noble as Scarecrow.

In the release of The Voices of Arkham, the voice actors share their thoughts on the game’s story line and their characters.

“This part of the trilogy is a much more psychological challenge for Batman,” Kevin Conroy shares. “He is being ripped apart, he is fighting for his identity. For me as an actor it was a blast to get to flex those muscles.”

Jonathan Banks sees his character as a strong ally to Batman, “dedicated and loyal to each other”.  “A father and friend” trying to save the city.

This may only been Banks third credited voice work, having previously worked in an episode each in Axe Cop in 2013 and in Mike Tyson Mysteries last year, however reception for his Commissioner Jim Gordon voice work has been great so far.

John Noble sees Scarecrow as a “brilliant and reasonable man”, although a psychopath and seriously disturbed. Noble has previously worked in three other video game releases, The Saboteur as Bishop (2009), in L.A. Noire as Leland Monroe (2011) and in Infinity Blade 3 as the Worker of Secrets in 2013, but finds working as Scarecrow interesting as he gets to use his monster voices.

Joining them are, Twilight movie alum, Ashley Greene, who will once again don Batgirl’s cowl as Barbara Gordon and Hart of Dixie actor Scott Porter as Nightwing.

Arkham Knight is scheduled to be released worldwide on June 23, 2015.

What did you think of this latest addition to the Batman: Arkham series? How did Jonathan Banks and John Noble fair so far?