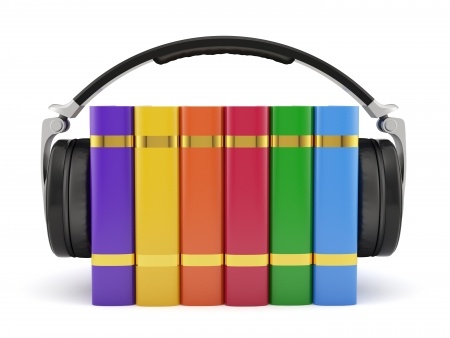 Recently audio engineer Paul Fegan penned an article for Voice Over Herald on is experience on recording audiobooks. He offered some great insider tips from someone who works first hand with the voice actor and the author.

We recently caught up with Samsun Lobe, the author of the book titled Ruin: Birth of a Legend. He provides valuable insight into how an author sees the production process including selecting the right voice.

Ruin: Birth of a Legend was my fourth novel and as such I felt I had improved my writing style and had produced a well edited story with a great main character. I had been asked by fans of my first trilogy for an audio book version, but it wasn’t until I had completed the first Ruin story that I felt I had something that would be justified on that medium. I am a big fan of audio books myself and listen to a lot whilst travelling, and as with anything there are good and bad. If the story is poor then even an amazing narrator cant bring it around, but if the voice over artist is not the best it can ‘ruin’ a good story. So I felt there was a lot riding on the choice of voice talent.

I know Paul and BitSixteen through my day job, and he does a great job with our e-learning voice over requirements. He mentioned that he would like to do an audio book, and I had just finished writing Ruin, so it was perfect timing. I listened to the voice samples he sent through and Lesa’s voice stood out for me. To be honest I was a little unsure how a woman’s voice would portray the testosterone fuelled world I had created, plus the many characters within the story but I needn’t have worried. Paul sent the first chapter to take a listen. I was amazed. It was as if I was listening to a story written by someone else. Lesa added a layer of emotion to the characters that really brought it to life. After that my input was really limited, not because of any restrictions, but because Paul and Lesa understood the story and just ran with it. Luckily I had produced a dictionary of terms for the book, as it is a fantasy novel, this included pronunciations. As the process continued I advised on this and that of the various characters. One in particular was written in a sort of UK regional slang. When Lesa first tried it, apparently it sounded like a comedy pirate! We spoke about it and she changed it to a deep southern US accent, which worked perfectly. Other than that my input as author was just down to listening and approving each chapter. Paul and Lesa were so professional there was nothing else to add or change. The whole process was pain free!

For independent authors like myself the cost of production makes audio books almost unachievable. This is a shame because there are a lot of good novels that will never make it to this medium. Having said that, the cost is totally justified and the ‘RUIN’ Audiobook was a fantastic achievement. The fans of mine that have listened to it, absolutely love it and it has opened up my work to a whole new audience. Funds permitting, I would jump at the chance to record the second book in this series.

Lesa Thurman was the voice actor selected to record the audiobook. This was her first time as a voice talent for audiobooks or to foray into the world of book narrations. Her candid and open article shows how some of the greatest things can appear when least expected.

Well, I can tell you I do not have vast experience, as RUIN was my first and only so far. I have had a good bit of experience with educational and informational software, doing narration and characters. I am also an actor, so I think it has held me in good stead for this.

I remember I got a text from Paul asking me if I wanted to do an audio book, short and simple! The author, Samsun Lobe, who had worked with Paul in an E-Learning capacity, but was also an accomplished writer of fantasy novels, had chosen my voice from Paul’s pool of voice demos. I have voiced characters for animated films as well, so used that too, as well as ADR background voiceover. I have to say, narrating an audio book was such a rush! I also gave slight variety to character dialog, so the listener would have an easier time differentiating the characters. I wanted the audience to see everything in their mind’s eye. It was a challenge to tone it down, and not do the character voices completely, but to compliment the narrator voice with the various characters, so there would be a natural flow, and make it more pleasant to listen to.

I felt, being asked to voice my first audio book, a mixture of great excitement, quickly followed by gut wrenching panic! My first thought was: How exciting! I have never voiced an audio book before! Second thought: Holy crap! I have absolutely NO idea of how to do this. Upon talking this over with Paul, he reminded we have been working together in the E-Learning business for tens of corporations, coupled with the fact that I am a film and television actor. If I were to just calm down and look at this pragmatically, I’d see I could do this! Pool my experience of the different genres, and do some research, and give it my all. A favorite saying I have is; How do you eat an elephant? One bite at a time…..

Prior to our first recording session, we had read the first few chapters beforehand, and first was to get the narrator’s voice down. This was the voice that took up most of the text in the book, so that had to be my first priority. We decided on my voice, in a dramatic context. In the first few sentences, I used the writing to convey the foreboding tone of the opening. Throughout the story however, the voice mood changed, depending on the emotion of the scenes in each chapter. The narrator also had to be in the story with the characters, so I modulated my voice to reflect this. I was quiet when the writing dictated this was needed, and animated when needed, and all the emotions in between.

There were several characters explored in the first session. This is the benefit of having read the chapters beforehand. Some characters did not have many lines, so not much needed to be invested in them. But, in retrospect, my advice would be to read the entire book several times to first see how many characters in total are in the book, and the importance of them, so as to see how much to invest in each. Also, do these characters return in later chapters? If so, keep a vocal log of the different character voices, so you may refer to them when they recur. It will make for a more consistent and full character voice that can be built on.

I was so flattered Samsun asked me to give a voice to Ruin.  Ruin’s voice was the focal point of the entire book, and the series of books, for that matter. So I needed a big, brave masculine character with a sense of righteousness. A man of few words. To find his voice, I read his character and found in him an inner strength, a man who had such confidence in his abilities, so an Eastwood-esque register emanated. But, no offence, a man after all, with weakness and, shall we say, an ignorance of the female mind. 🙂 Samsun’s writing was so easy for me to find the voices needed. The imagery in the writing brought the world to life and made it easy to be enraptured, and to have compassion for the characters and their relationships to one another. For example, for the character Jaybarr, Paul and I found that the writing was steering us toward a rotund, slobby, lazy voiced Jaybarr, while Efferial, the heroine, possessed a quick wit, a sharp tongue, and her voice became slightly acerbic, but with warm tones as well.

I chose to have the pace be slightly slower than what I would normally have done, to give the listener a chance to absorb the descriptive writing.

Paul and I felt, with Samsun’s approval, we could have some different accents for the characters as well, since they were all from different lands and regions, as well as social classes and hierarchy.

On average the sessions lasted for about three hours, but, in truth, we got so into it, some days we pushed on for about six to eight hours! There were many cups of tea, and warm water, and plain water, because all these have different effects on your voice. I took breaks in between chapters.

To act the characters as well was another challenge, but an enjoyable one! Over several sessions, to act continuously in so many different characters, honestly, reminded me of when I was little and would have conversations with myself as all kinds of different people in different situations. Yes, I am admitting this. 🙂 Upon completing the book, I have to say the sense of achievement was massive. Upon hearing the finished product, of course I will hear little things I wish I could improve on, but I feel the same way in any job I do, that is just my nature, as it is many artist’s nature. It is part of being a perfectionist.

It certainly took me out of my comfort zone, but having completed it, I found it to be incredibly fulfilling. I have been bitten by the audio book bug! I hope to do many more.

Our very special thanks go out to Samsun and Lesa. You can find more details about them below:

Lesa Thurman is a American film and voice actor living in Dublin, Ireland. She also does narration and characters for educational and informational software for various corporations.

Samsun Lobe originally trained as an artist and designer, Working in the digital media and computer games industry for 22 years running an e-learning software development company also. Samsun writes a great deal of e-learning instructional courseware. More details on his books can be found at his website.

Trailer for RUIN: Birth of a Legend